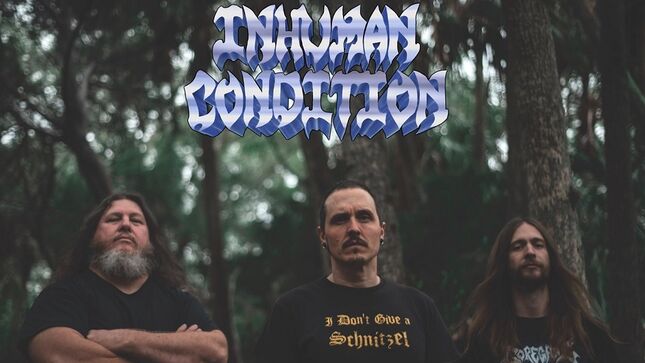 Floridian death metal band Inhuman Condition has announced its second leg of their Tourantula Tour, set to kick off January 6th. Joining the band on the 13-date run will be Micawber and Crusadist, who were on the first leg of the Tourantula back in September.

“The Tourantula is creeping towards your town! We can’t wait to hit the road again and support Rat°God for another run in the States. We’re bringing our buddies in Crusadist out again, and we’re also going to be playing with Micawber for the first 11 shows, so it’s going to be a good time. A huge thanks to Steph at Continental for busting his ass and putting this tour together for us! See you all out there,” says Inhuman Condition. Confirmed 2022 dates are as listed:

Inhuman Condition is comprised of current and former members of Obituary, Death, Massacre, Venom Inc, Six Feet Under, and The Absence. The band’s debut album, Rat°God, was release in June 2021 via Listenable Insanity Records, after which the band did their first tour along the East Coast of the USA.

"The Next Step" video: