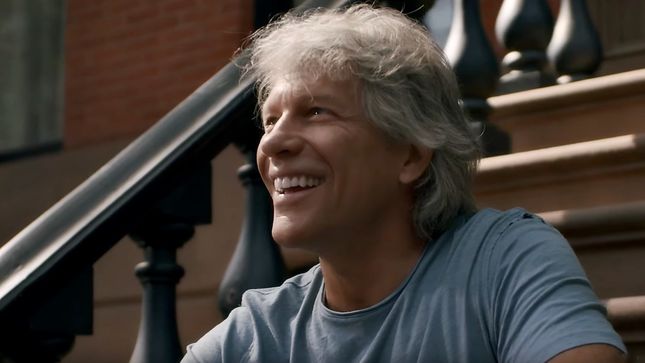 Variety reports: Military veterans are often honoured for their service and remembered on traditional holidays: Memorial Day, Pearl Harbor Day and Veterans Day. But throughout the year, the Intrepid Sea, Air & Space Museum pays tribute to those who served through educational and active community programs dedicated to honouring service and continued healing for veterans living with the invisible wounds of war.

Bon Jovi was honoured with the 2021 Intrepid Lifetime Achievement Award for his work with the Jon Bon Jovi Soul Foundation and his efforts combating food insecurity and veteran homelessness.

When Bon Jovi chose to film the video for his song “Do What You Can” on the flight deck of the Intrepid, museum president Susan Marenoff-Zausner says the exposure for the museum, which brings in over a million visitors a year but “like everybody else, was hurt by COVID,” was invaluable.

“It is fantastic when we have that kind of a partnership or that kind of an event and it brings in a new audience who might look at it and say, ‘Oh, it’s a history museum. We’ll get there one day.’ But when it gives us the ability to be able to speak to the good that we do, and it parallels with the good that the people who come on site also deliver, that’s pretty cool,” she says. “We’ve been very fortunate. And we’re going to continue to work to do these things in the future.”