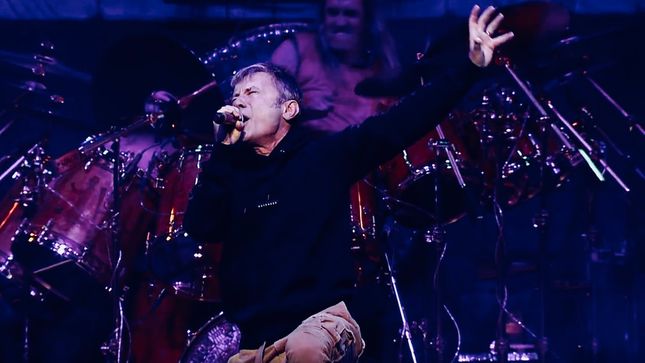 The red carpet was rolled out at the Double Tree by Hilton Hotel in Glasgow for the second annual Submarine Service Awards. Serving and retired submariners, their families, friends and affiliates all dressed up in their glad rags to celebrate the best in the service.

More than 450 people attended the event, which was hosted by Rear Admiral John Weale, who teamed up with Command Warrant Officer (Submarines), Andy Knox to perform the duties of Master of Ceremonies.

The charity, Military versus Cancer also held a raffle during the evening with Bruce Dickinson presenting the prizes which included a Breitling Submarine Service watch and a Spitfire experience, amongst many others.

“I am delighted and honoured to be invited to the 2018 Submarine Oscars,” said Bruce. “I was privileged several years ago to spend some time on a Vanguard class submarine and witness first-hand the incredible dedication of the submariners.”

Read more at The Lochside Press.