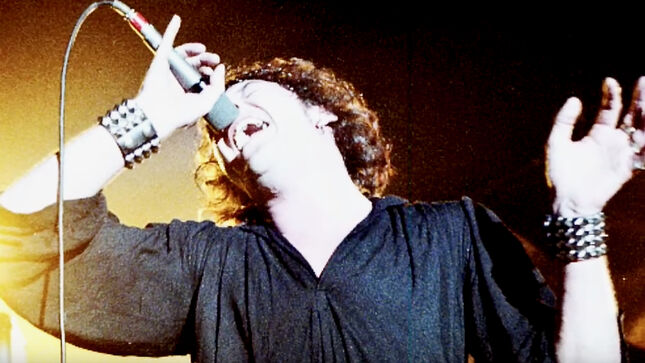 UXB Press has released the slideshow video below, featuring images of Iron Maiden, shot by Pete Dove at the Concert Hall (aka Masonic Temple) in Toronto, ON (Canada) on June 21, 1981 on the Killers tour.

This was the band's first-ever show in Canada, and local band Reckless opened the show.