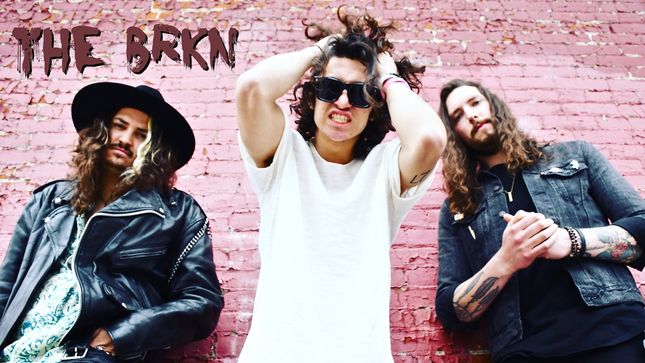 One of the most energetic rockers to emerge in recent times has been singer/lead guitarist Jacob Cade, who drew quite a bit of attention with his explosive live performances and the song “Icky Nikki”. And now, Cade is looking to take it to the next level by no longer going merely by his own name, but by launching a new band, The BRKN.

Featuring Cade, rhythm guitarist Kick Stevens, and drummer Mike Bokenkamp, The BRKN will be appearing at Rockfest in Cadott, Wisconsin, on July 20 - on a bill also featuring Rob Zombie, Marilyn Manson, Five Finger Death Punch, and Evanescence, among others, with new music coming out shortly, as well.

From the beginning, Cade has surrounded himself with exceptional talent, and continues to do so - first working with producer Michael Wagener on an EP, Hunger, The BRKN is now working on new material with producers Glenn Sawyer and Rich Veltrop. But despite the name change, Cade is in charge of writing all the material for The BRKN (as well as continuing to handle all singing and guitar duties).