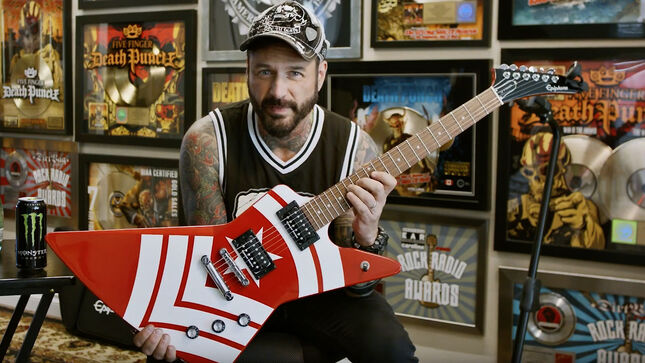 Guitarist Jason Hook (ex-Five Finger Death Punch) has launched a contest to win on of his signature guitars for Christmas.

Just in time for the holidays, one lucky person will win a Jason Hook signed Signature Series M4 Sherman Epiphone Guitar. With the current situation in the world full of doom, gloom and few rock shows, Jason has decided to give away one of his own Epiphone M4 Shermans.

Watch a new video and enter to win one of Jason's Signature Epiphone M4 Sherman's, signed by him, here. Two previously released videos can be seen below.