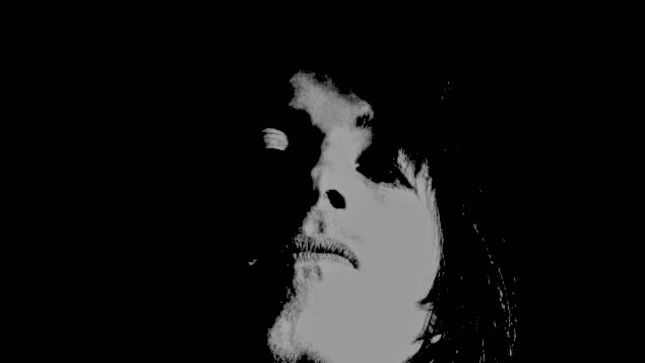 Two recent film releases make the reality of the Bon Scott docudrama more feasible. Jimi : All By My Side and Dream Deceivers (about Judas Priest) have likely done much to clear the way from a legal standpoint for the Bon Scott project in development. The film is prospectively called, Bon Scott - The Legend of AC/DC Unauthorized.

As the global rock community likely now knows, an American production company, High Voltage Productions, LLC., has been working diligently on the Bon Scott project, but like the two aforementioned flicks, received legal threats from estates and record labels claiming "infringement" amongst other claims. In the case of the Bon Scott project, NBC Universal were the apparent company of interest until their music division nixed the deal due to their control of AC/DC's music catalogue. Attorneys for AC/DC in New York issued threats of action should the project continue and were followed similarly by Bon Scott's estate solicitor in Sydney.

It now seems , however, that judicial rulings have consistently been in favor of filmmakers in the Hendrix and Priest projects paving the way for documentarians to tell a story about public figures. In the case of the Judas Priest doc, legal wranglings have persisted since 1992 over use of copyrighted material in the form of music from the band. In the case of John Ridley's (12 Years A Slave) portrait of Hendrix, he told his story simply absent of actual Hendrix recordings. Dream Deceivers pushed the envelope and threshold of the Fair Use Doctrine in law by lobbying the courts for reasonable use of Judas Priest's actual recordings in order to tell the story. They prevailed. In both cases, the filmmakers portrayed the characters using actors or the subjects themselves. In any case, the fact that these two films cleared the courts legally and made it to the media delivery stage creates a clear pathway for the Bon Scott project to follow suit.

According to Director J. R. Getches, the Bon Scott docudrama is set to portray the Aussie rock legend true-to-form: troubled, lonely, a larrikin, a hard drinker, a wordsmith, a sexual rocker, a malcontent. "We want to portray Bon accurately and capture the mood around him at the time," said Getches. "Rob Liotti, the film's writer and star, tried to painstakingly on point while capturing Bon's spirit in the story, " he added.

The film's star, Rob Liotti, who is slated to portray the late Scott commented, "The Hendrix and Priest films clear the way for this project, although I felt confident all along. We have a First Amendment right to tell this story and we have the ability to utilize the Fair Use Doctrine in assisting us to do so. The rulings in these cases are consistent with nearly everything I have researched regarding the court's feedback on doc filmmaking. We are trying to literally educate the public about this guy's life and tribulations. What the hell is the problem with that?"

Currently, the filmmakers are prepping for the theatrical trailer which will be filmed on location in Charleston, South Carolina. High Voltage Productions recently enlisted Emmy Award winning cinematographer, John Barnhardt, who eagerly joined the team that is rounded out by producer Michael Meltzer. Meltzer has been involved with a number of films and is known for his easygoing approach with those in Hollywood.

The project is in high demand by fans who has longed for such a production. Unfortunately, it is well-known that AC/DC and Albert Productions guard rock's top export sometimes with an unreasonable veracity that may not measure up legally.

"I mean, the band's [AC/DC] lawyers went so far as to attempt to forbid me from speaking to 'current or former members' of the band... Come on! They're reaching. I talk to some of these people. There is zero harm in that, let alone anything illegal," Liotti persisted.

"Look, I have said it numerous times: I am all about supporting AC/DC. Been there, done that for years. Plus, with Malcolm Young's departure from the band, in addition to Bon being deceased, the respect needs to flow both ways. I fully support their artistic efforts and expect the same in return," added the actor.

"We will simply keep pushing until we find the right production fit. We are prepping our package for some companies in our sights who are awaiting our material. Hell, I'll go talk to Bill Murray. He lives 5 minutes away from me. The film is going to happen..."