JOEY KRAMER Issues Statement On AEROSMITH Lawsuit, Says Having To Audition For His Job Is “Insulting And Upsetting” 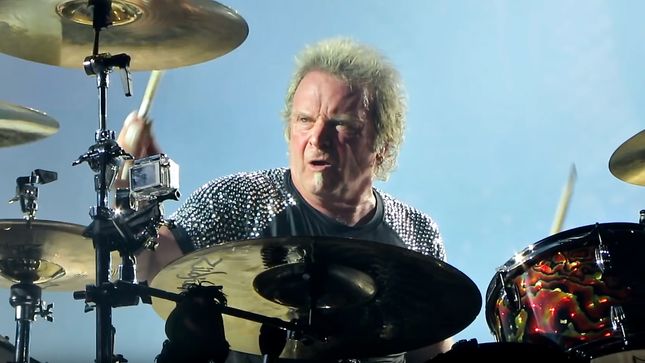 TMZ reported that Aerosmith drummer, Joey Kramer, has filed a lawsuit against his bandmates, accusing them of not letting him back into the band after he recovered from injuries in the spring of 2019.

Says TMZ: "Aerosmith's drummer Joey Kramer - who's been with the band since it formed in 1970 - is being kicked around like a rag doll by the other members, who are unfairly blocking him from rejoining the band before some once-in-a-lifetime events... according to a new lawsuit.

"Kramer claims his fellow Aerosmith members - Steven Tyler, Joe Perry, Tom Hamilton and Brad Whitford - are going against 50 years of precedent by not allowing him back in the band after a temporary disability... something that's never been done to any of them.

Kramer has issued a statement regarding the lawsuit:

"Ever since I was 14 years old, I had a set of drumsticks in my hand and a passion to create music. Being prohibited from playing with a band that I have given 50 years of my life to supporting, is beyond devastating.

"This is not about money. I am being deprived of the opportunity to be recognized along with my peers, for our collective, lifetime contributions to the music industry. Neither the MusiCares' Person of the Year Award nor the Grammys' Lifetime Achievement honors can ever be repeated.

"The fact that I would be asked to audition for my own job, demonstrate that I can play at 'an appropriate level' and play better than my temporary fill-in with a moving target of made-up standards is both insulting and upsetting. Other band members and their lawyers will likely attempt to disparage my playing and claim that I am unable to play the drums right now. Nothing could be further from the truth. I did everything they asked — jumped through hoops and made both a recording of playing along solo to a recent live recording of the band — one I had never heard before, and that process was videotaped. But I did it, and I did it well. In Aerosmith's 50-year history, no other band member has ever been subjected to this scrutiny let alone be asked to audition for his own job!

"I hope our fans can understand that all I'm trying to do is get back to playing with the band that they love — and that's Aerosmith with all five original members. The greatest magic and success of Aerosmith happens when all the band’s founding members are together in the house. To be removed from my rightful place on stage to celebrate our success — a success that acknowledges my own life's work, is just plain wrong."