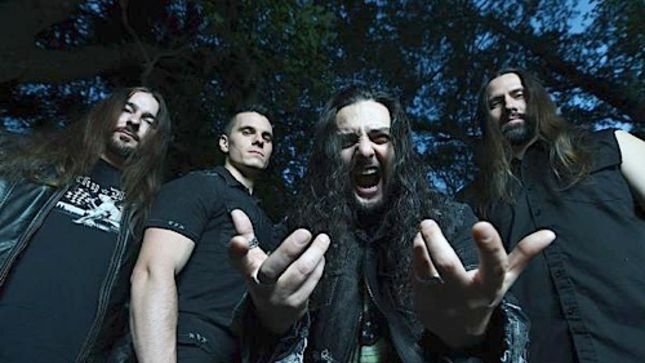 Kataklysm frontman Maurizio Iacono has posted a message on Facebook in praise of video director Tommy Jones, who was responsible for shooting 10 video for the 10 songs on the band's new album, Of Ghosts And Gods, as part of an epic promotion campaign:

Iacono: "A special thank you to my boy Tommy Jones (Videohammer Studios) for the crazy adventure of putting together 10 video clips, traveling from the States to Canada and all the way to South Africa to film this. We never worked with a more dedicated director. Some people are easy to criticize and expect Hollywood movies but there's no one in the industry that could have pulled off this thing with the time frame and restrictions we were put on to make it happen. We made somewhat of history here. He's a metalhead and a brother and I recommend him to anyone who wants a pro dude with heart behind the camera. He's worked with bands like Slayer and even bigger but always finds time for his brothers in Kataklysm. Thanks again, it was fun. Good luck in LA."

Check out all 10 video clips below and BraveWords' new Kataklysm feature here.