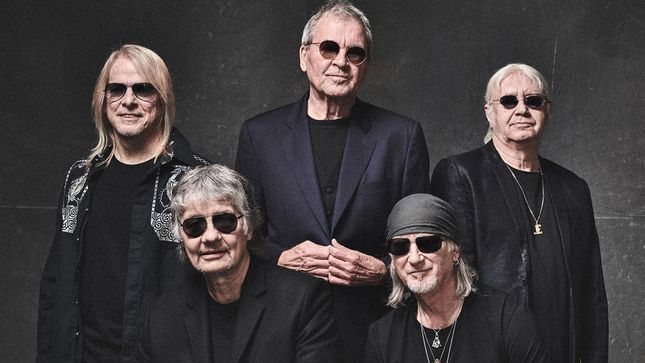 Keyboardist Don Airey rose to prominence on Rainbow’s Down To Earth in 1979 before going on to play with a myriad of bands including Ozzy Osbourne, Michael Schenker Group and Whitesnake amongst many others. Almost 20 years ago he was invited to join Deep Purple to replace Jon Lord. Metal Express radio's Mick Burgess spoke with Airey about the new Deep Purple album, Whoosh!, next year’s UK tour with Blue Oyster Cult, as well as some recollections of his days in Rainbow. Following is an excerpt from the chat.

MER: Is the name of the album Whoosh! an Ian Gillan idea?

Airey: "Ha, yes, how did you guess? I believe it comes from Fawlty Towers where Sybil tells him to turn that racket down and he replies 'It’s Brahms Third Racket dear.' Then he said 'Whoosh, that was your life.' Ian loved that and that’s where the name comes from."

Airey: "It’s quite difficult to say really. Sometimes as a member of a band you just have to do what you are told by the powers that be. I think we said that we’d finish in 2018 and then just do a few gigs here and there. Of course, a few gigs become an avalanche. You learn that it’s very difficult to say no and here we are, we’re still going. The audience is more welcoming than ever and it’s getting younger."

MER: This is your 5th album now with Deep Purple.  How do you see the band evolving over those albums?

Airey: "There’s been a definite improvement over that time. We had a big hiatus after Rapture Of The Deep and it was like we went underground. We had no press and didn’t really have a record company but everywhere we went young people were turning up to see us, we couldn’t believe it. We were doing about 150 gigs a year and that solidified the band so when Now, What? came out, we weren’t expecting much but it made such an impact that I said that we must be a better band than we thought we were."