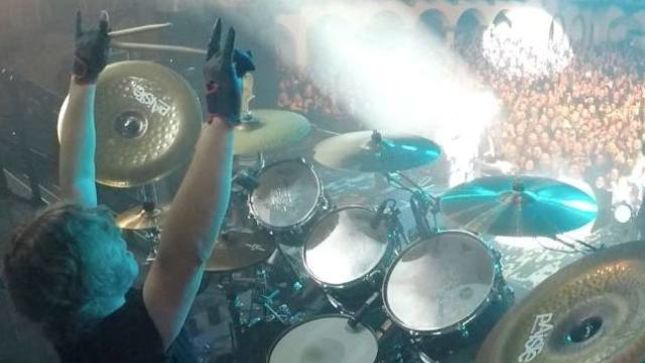 The Pyre is the name of the brand-new band featuring Matt Thompson (King Diamond) on drums, Ben Kuzay (ex-Monstrosity, ex-Wykked Wytch) on bass guitar, Shaun Schwanke on guitar, Erik O'Reilly on keyboard, and Alec Harrah on vocals.  They are currently recording their debut album for a 2018 release, and have just published their self-titled debut single. The song was recorded and mixed by Shaun Schwanke at Auditory Bliss Studio in Oshkosh, Wisconsin, except drums which were recorded by Matt Thompson at Whakatane Studio in Denton, Texas.