KISS Frontman PAUL STANLEY - "If You're Looking For Your Band To Be Your Family, You're Better Off Finding Someone To Marry" 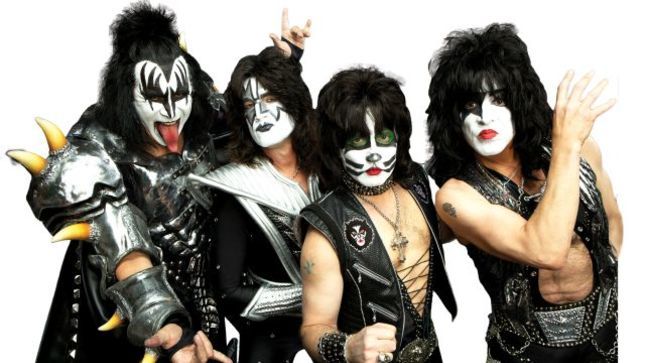 KISS frontman Paul Stanley is featured in a new career-spanning interview with Business Jet Traveller. An excerpt is available below.

Q: There have been a lot of strange dynamics between the band members. How’s your relationship with them now?

Paul: "It’s terrific, but part of that’s based upon getting rid of people with whom you can’t find common ground. The key to a great partnership in business, bands, and life is knowing its limitations. If you don’t expect anything unrealistic, you won’t be disappointed. If you’re looking for your band to be your family, you’re better off going out and finding someone to marry."

Q: Gene Simmons implies that he’s the frontman for KISS and, in your book, you say you are. Who is?

Paul: "A frontman is the person who does the talking and who gives a group its identity and communicates to the audience. There’s only one person on the stage who does that. If that’s the definition of a frontman, then it’s undisputable (that I’m the frontman). If you interpret frontman as something else…if it’s being in the media, well then, it’s different."

Q: What has KISS tried to accomplish musically?

Paul: "We’ve tried to stay true to ourselves. I believe in the law of commonality, which basically means that we are all very similar, and if I fulfill a need in myself, then I’ll be fulfilling a need in someone else."

Paul: "I don’t know. Invariably when people come to see us live, they want to hear classics. If you watch a live DVD of McCartney or the Stones, you’ll see that every time they are playing a new song, the audience sits down. So, if you want to do a new album purely as an artistic endeavor, that’s great, but I am not sure that there aren’t other things I’d rather spend that time doing."

On February 9th, KISS filed an application with the United States Patent and Trademark Office to trademark “The End Of The Road” for the purposes of “live performances by a musical band.” Naturally, this resulted in many fans assuming that KISS are about to embark on a final farewell tour. What are the details on why this trademark was filed?

In a new interview with Michael Cavacini, Paul Stanley explains the details on why this trademark was filed.

"It’s not the first trademark that’s been filed," says Paul. "I thought it was a terrific name, and I was surprised nobody had used it before. I wanted to make sure that when we used it, and there will be a time that we do, I imagine - I wanted to be sure that we own it and it’s ours. When we wanted to go out and do the “Hottest Show On Earth” tour, Ringling Bros. came to us and said, 'You can’t do that.' It set off a light and bell for me. We’ve always had slogans or sayings that are synonymous with us, and this was another. Everything does end, in one form or another. When it’s my time, I want to go out in style, and I want to go out guns blazing. So, when I came up with this idea, I thought let’s make sure we tie this up."