KISS Frontman PAUL STANLEY Talks Who I Am - "My Career Is One Big Moment; It's Been So Amazing" 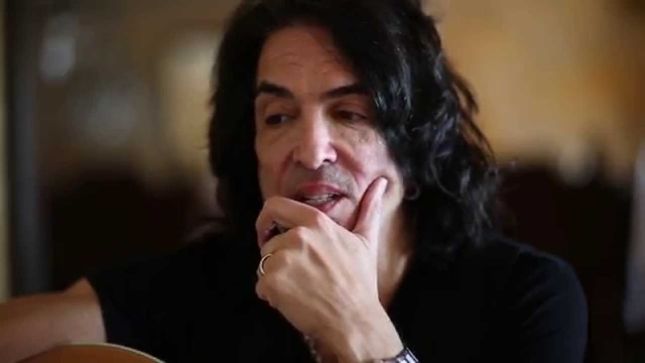 Steve Baltin at Forbes.com recently caught up with KISS frontman Paul Stanley for the latest installment of the publication's Who I Am series. An excerpt from the story is available below.

The Beatles On Ed Sullivan (Age 12)

Stanley: "If I needed any confirmation of what I wanted to do and how I wanted to do it, it was seeing four guys on stage who appeared a unit and appeared happy and looked great and were celebrating life. I think that music should celebrate life even if it's sad. It should be celebratory. So that music spoke to me and that's what I aspired to. The first song I heard was 'I Wanna Hold Your Hand' and it was a game changer because music at that time was pretty much pap. At the same time as that you probably had Sue Thompson on the radio singing 'Norman' or Diane Renay singing 'Blue Navy Blue', disposable. Then this music came out that seemed to just jump out of the radio and it was the Beatles."

Stanley: "My career is one big moment. It's been so amazing and just the idea of following my ambitions and following what my passions are regardless of people telling me what's impossible. People who tell you what's impossible are the ones who failed. So to have that validated by my first gold album. My first gold album meant more than to me than my first platinum album because when I was a kid platinum albums didn't exist. So that gold album was such a milestone for me. That was the initial validation and vindication."

In what can only be seen as a stand against President Trump's constant railing against what he declares "fake news" with regards to the press and its reporting practices, KISS frontman Paul Stanley recently offered his thoughts on the media via his official Twitter page:


Because ALL media coverage of politics is clearly biased now, we should accept that EVERYONE is participating and NOBODY is innocent. THAT is all the more reason we need to hear it all. https://t.co/f3MlHWKlCF