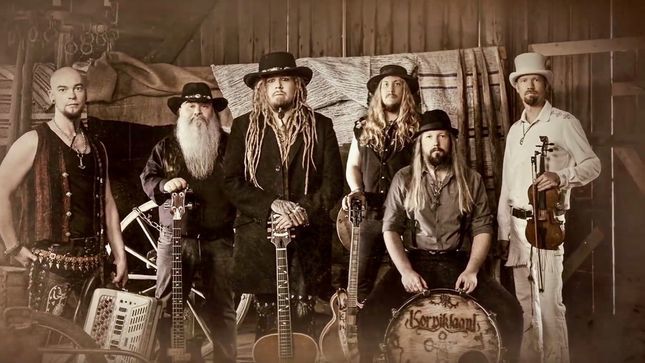 Finnish folk metal superstars Korpiklaani will release their new studio album Kulkija (Wanderer) on September 7th via Nuclear Blast. Today, the band presents the third single, a happier song compared to the previous songs, entitled "Henkselipoika". To support the new track, Korpiklaani shot a nostalgic video with director Markku Kirves, who has already worked with the band for their 'Rauta', 'Vodka' and 'Tequila' music videos. Watch it below.

Comments frontman Jonne: "'Henkselipoika' pretty much wrote itself. The first thing to come to my head was the verse riff, on top of which the melody wrote itself. The song was a very easy piece to write and it was finished in one day. As far as I can remember this was the first finished song for the new album, Kulkija. I wrote this one to a finished text that I got from Tuomas Keskimäki back when I was making the latest Jonne album, Kallohonka. That album had the song 'Hulivili', and this text is about the same young rascal who is still very much into partying and having fun but is at the same time already longing for a woman by his side."

"It is quite interesting that these songs got connected this way, even though they are on different albums and are even by different bands," adds Mr. Keskimäki.

Jonne continues: "The video was shot in Kuhmoinen around the Huhtala torp, which is also portrayed on the cover of the album, Kulkija. It is is a bit exceptional with a slight home-made feeling to it. Many of the actors are actually family members of other contributors. These include Cane's father with his wife, my daughter Tinja and her friend Sanni, the director's both sons Konsta and Otto and so on. The video also shows Finnish nature and the idyllic countryside at its best. This might also seem rather exotic for Korpiklaani fans from outside of the Nordic countries."

About "Henkselipoika" ("A Boy In Suspenders"):

The narrator in the song is a farmhand, who watches maids working while himself remains lazy during a warm summer day. He would like to have one of the maids as his partner, but is unable to decide who. Fond of parties and fun, the farmhand ponders whether the maids have noticed him.

Pre-order the album here, and find a second video trailer for the upcoming release below.

With 14 tracks and a total running time of over 71 minutes, Kulkija is the group's longest album to date. Working with producer Janne Saksa for the first time, the album was recorded at Petrax Studio (Hollola, Finland) and mixed at Sound Supreme Studios (Hämeenlinna, Finland). Mastering duties were handled by renowned engineer Svante Forsbäck. The cover was designed by Jan Yrlund (Battle Beast, Manowar), who has already created several artworks for previous albums and singles for the band. 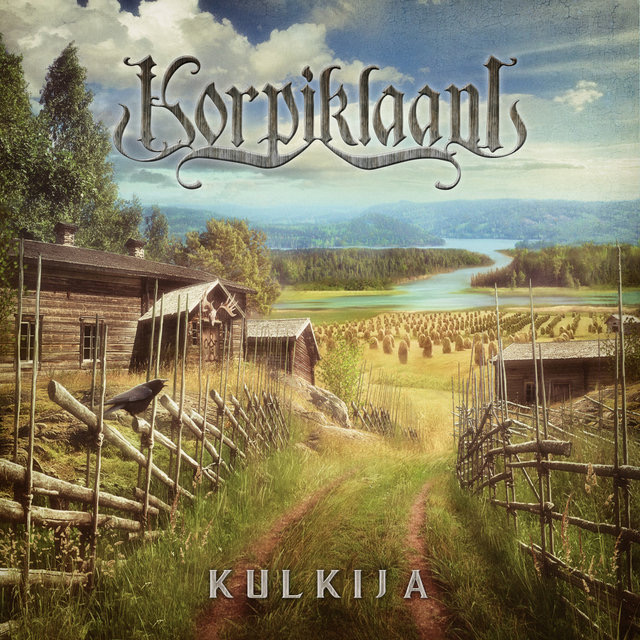