L.A. GUNS Vocalist PHIL LEWIS Recalls Former Band GIRL Getting Booted Of KISS Tour In 1980 For Performing "Do You Love Me" (Audio) 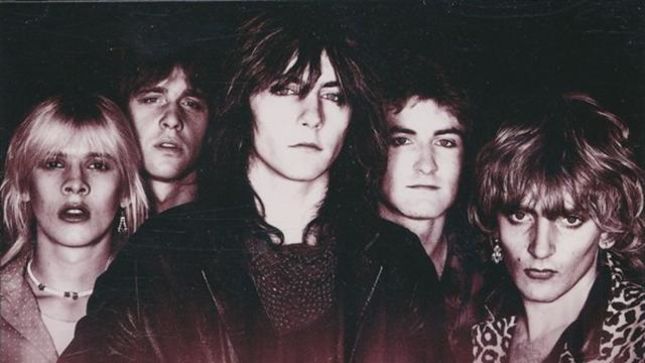 KISS may lay claim to the 1976 song "Do You Love Me" as being their own, yet the tune was originally written by rock Svengali Kim Fowley, who’d also offered it to late '70s UK outfit, Girl. L.A. Guns frontman Phil Lewis and Def Leppard guitarist Phil Collen were both members of Girl, a band who were infamously booted off a UK tour supporting KISS in 1980 for performing "Do You Love Me" during their opening set. Lewis was recently interviewed on the Australian Rock Show podcast and recalls the incident.

Lewis: "Kim Fowley, who wrote the song tracked me down and said 'You guys have gotta do this song - it’s gonna put you over the top' and I couldn’t help but agree with him. I didn’t know KISS that well; I was more into Deep Purple, Humble Pie and Led Zeppelin. KISS were kind of like a pantomime group for me growing up – I never really took them seriously. But in the context of Girl – I thought that the song would work really well and we didn’t have that many songs at the time, so we thought we’d try it and see how it goes.

Cut to like a year later - we’ve got dates supporting KISS; two shows in London and one up in Birmingham, and as I said we didn’t really have many songs so we put 'Do You Love Me' in our set. And Gene (Simmons) was livid – he was flipping out, and as soon as we came off stage his security guy grabbed me and says 'Gene wants to talk to you right away.' He called me into his dressing room – he’s looking at me through his mirror, doing his make-up - and stated 'This is very bad Phillip, this cannot happen again. Our songs are like our children, Phillip.'

They didn’t have it in their set so I thought it would be alright – it wasn’t like we were doing 'Detroit Rock City' or something. It was kind of a deep cut. I said to Gene 'With respect, it’s not your song, it’s Kim Fowley’s song’. We did it again the second night and got the old heave-ho."