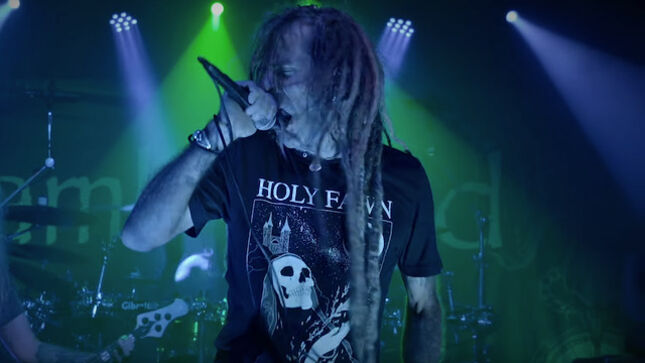 Lamb Of God vocalist Randy Blythe recently appeared on the Full Metal Jackie nationally syndicated radio show. An excerpt from the interview has been transcribed as follows; the complete chat can be heard below.

When you're not onstage, there seems to be a bit of an isolationist aspect to your lifestyle. How has that benefited you in a year of quarantine and social distancing?

Blythe: "I have friends — I don't live in a cave by myself when I'm not onstage, but I keep a pretty tight circle. As far as how this has benefited me, I'm not just a heavy metal musician guy.

Artistically, I write and I do photography. I write for other bands and have other projects. I'm not saying that the quarantine, lack of human contact, particularly with my family, has not been rough, but for creative types, we all have something to kind of lean into when we're by ourselves.

When I sit down to write, I don't sit down with my bandmates or my family — I sit down at a desk by myself. So in that sense, nothing has changed.

Having been raised for a good portion of my youth by my grandmother who grew up in the depression, I was made very aware that that was her experience. She's 100 now and I heard lots of stories, from the depression, living through World War II, the Korean War, the Vietnam War, she lost her husband at a young age, she's a country woman... she's a tough lady.

That was my sort of internal paradigm mentally that was set for being able to handle difficulties. It's not that this has not been rough on people and people have died and people have lost their businesses, which is horrible, but when I hear some people complaining that this is like prison, I'm sitting at home going nuts and I'm like, 'No, this is not like prison at all.'

If you've ever been to prison, you know that having Netflix and sitting on your couch and ordering Uber Eats is not the worst thing in the world. It has not been a good time for anyone, but this is not, by far, the worst thing humanity has ever faced.

Another thing is newscasters constantly throw out the term, 'In these unprecedented times.' It makes you want to strangle them because none of this is unprecedented. Even just in the United States within the last hundred years or so, we've had pandemics, we've had crazy elections, we've had natural disasters, we even had violent toilet paper hoarders in the '70s.

So, none of this is new. It just means that it hasn't happened in our very short lifespan. If you pay attention to history, you learn that this is just the endless repetition of the cycle of humanity and we've just got to sit tight. We're going to get through it. It's not unprecedented.' Learn the English language, please."

Lamb Of God has premiered a scorching cover of the Bad Brains classic “I Against I”, featuring Fever 333 vocalist Jason Aalon Butler in a new live quarantine video that captures the raw energy and spirit of this cult classic.

Vocalist Randy Blythe states, “The idea to cover 'I Against I' goes back at least 20 years to a camping trip the band was on. Mark & I were sitting in the back of our buddy’s Jeep ripping through the mountains, Bad Brains was cranking on the stereo, & I was singing along to that particular song. Mark looked over at me & said 'We should cover that tune.' So we thought about it for a couple of decades and finally got around to doing it for the Burn The Priest Legion: XX record (hey, sometimes we move a little slow...)

"As we all know, this pandemic has sucked for live music, but the quarantine jams bands have been doing have been pretty fun, especially when you bring in guests. I saw Fever 333 for the first time at the Sonic Temple fest - I had never listened to them, but I was blown away by their live show. I remember thinking 'Man, these dudes are WILD - their energy reminds me of the punk shows I saw in the 80’s', and I’ve been friends with those dudes from that day. I even texted Darryl from Bad Brains that afternoon to tell him to check them out. It was only natural to ask Jason to join us & bring that energy to this song by the almighty Bad Brains, my favorite band of all time."

Fever 333 vocalist Jason Aalon Butler says, "It is truly an honor to be a part of this one as I have the utmost respect for Randy and the boys since becoming homies after having my mind blown when I looked over at the side of the stage at Sonic Temple Fest and saw him watching us play. It's been a pleasure getting to know him and an honor to rock L.O.G. celebrating one of the most important punk rock/musical acts of all time Bad Brains. From legends to legends to the student. All love."

The three-disc Lamb Of God (Deluxe Version) and the Lamb Of God: Live in Richmond, VA 12" vinyl are available here. The CD/DVD set features the 2020 release with two bonus tracks and a live version of the album, along with a DVD featuring the first of Lamb Of God's two ultra-successful livestream events from the fall.

In addition to performing Lamb Of God in its entirety, the performance features an encore of four songs including “Ruin,” “Contractor,” “512,” and the debut live performance of “The Death Of Us,” a new song the band wrote and recorded in quarantine for the Bill & Ted Face The Music movie and soundtrack. The DVD also includes a new director's cut with bonus material. Digital copies contain only Disc 1 and Disc 2. A separate vinyl edition of Lamb Of God - Live From Richmond, VA is also available. 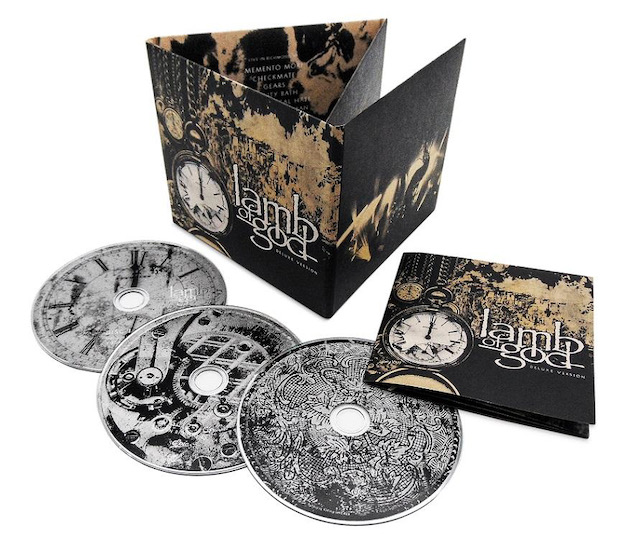 Digital copies contain only Disc 1 and Disc 2. A separate vinyl edition of Lamb Of God - Live From Richmond, VA is also available. 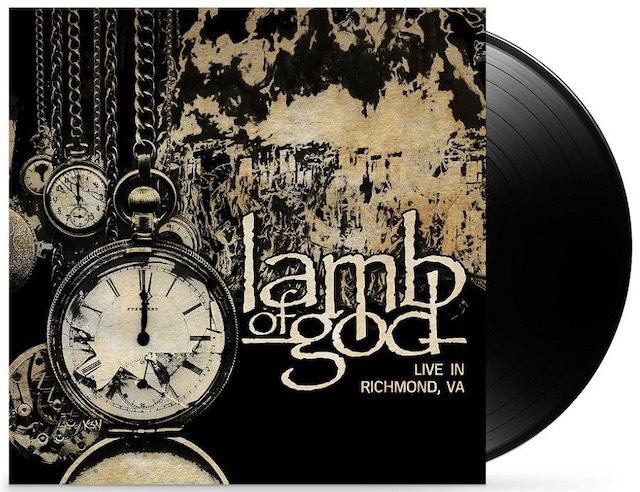