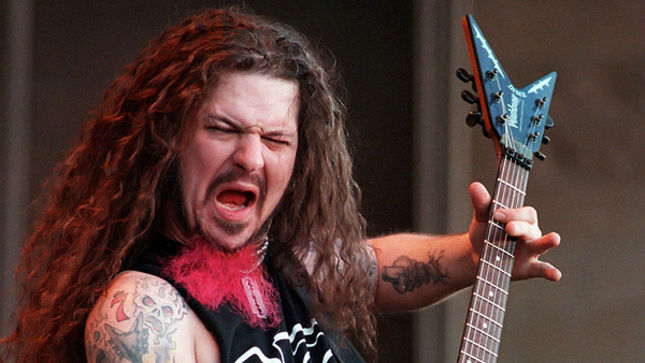 According to Columbus, Ohio TV station WBNS-10TV : Nearly 12 years ago, a horrifying scene played out in Columbus: a crazed gunman opened fire during a heavy metal concert at Alrosa Villa nightclub on December 8, 2004. What followed would haunt those who survived and those who lost loved ones. Four people were killed, including legendary guitarist “Dimebag” Darrell Abbott.

Some witnesses say the gunman, 25-year-old Nathan Gale of Marysville, was upset over the breakup of heavy metal group Pantera. But police never verified those reports and the true motive will likely never be known.

The terrifying moment still resonates among those who were there more than a decade later, including Jim Niggemeyer, the Columbus police officer who shot and killed Gale within seconds of entering the club.

Images at this location contain photos of the crime scene taken by police the night of the shooting, as well as security footage from inside Alrosa Villa. Viewer discretion advised.