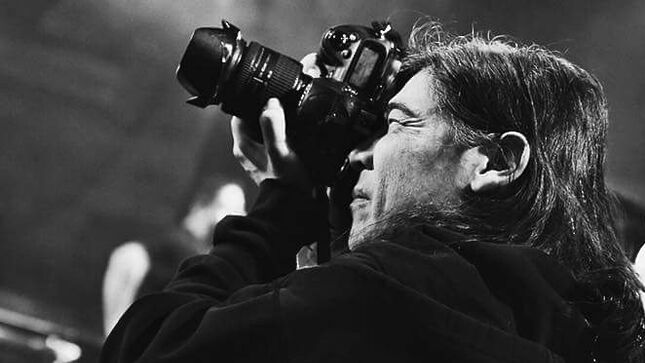 Renowned photographer, Gene Ambo, immortalizes more than 140 artists from Nirvana, Metallica and Slayer to G.B.H, Corrosion Of Conformity and Cro-Mags, across 350 epic pages in the first of its kind photobook Heavy Metro: Access All Eras published by Stygian Sky Media.

Set for official launch July 12, the book release celebration will take place July 20 at the world famous Metro live music venue during their 40th anniversary. Additional details regarding this special event to be revealed soon. 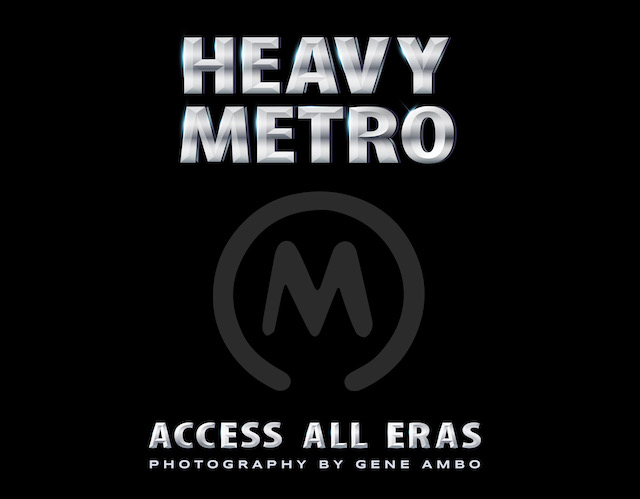 The incredible work of Chicago-based photographer Gene Ambo spans numerous genres over 40 years, many of which Gene spent shooting bands at the Metro - the most iconic venue in Chicago and one of the most important in the world. It is in this intimate setting of the Metro which holds a capacity of 1,100 and no “photographer pit,” that Gene found his photographic “voice” and began shooting the heavy and hard rocking bands he loves. One of the very first bands that Gene photographed in 1983, was Mötorhead. From there, he continued making history as one of the world’s most sought-after rock photographers with his work prominently featured on album and magazine covers, and numerous publications worldwide.

A portion of all proceeds from Heavy Metro: Access All Eras will benefit #SaveOurStages which supports independent venues like the Metro who were hit hard by the pandemic.

Gene Ambo is a world renowned, Chicago-based photographer whose career began in 1983 at Chicago’s legendary Metro music club where he began shooting bands he enjoyed with his father’s camera. He is celebrated for his stunning images of legendary, underground and emerging bands and musicians, including Metallica, Mötorhead, Madonna, Prince, Slayer and Broken Hope. Heavy Metro is Gene’s first-ever photo book. As  Gene says, “I was just lucky to be at the Metro in the beginning and to have met people who have really helped me out throughout my life, and I look at this book like I’m documenting time.  ‘Access All Eras,’ like the book title says. Metro is my home base… for so many years. Between the Metro and Smart Bar, I have spent a lot of time there - many days AND nights. Literally!”