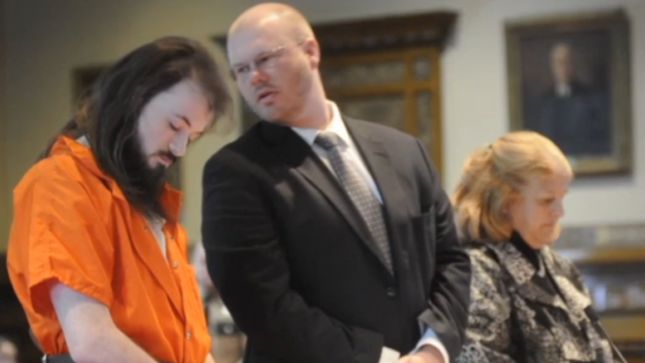 A judge has found Leroy Smith III incompetent to face trial on a charge of murdering his father, while a state psychologist says the man suffers from a mental illness and “does not think anything is wrong”, reports CentralMaine.com.

The written order followed a competency hearing that ended abruptly Monday after Smith, 25, of Gardiner, stood in the courtroom and told the judge his attorneys failed to properly represent him and that a gun was held to his head in 2011 in an incident somehow involving the heavy metal band Slayer.

“I have something I want to say,” said Smith, continuing to speak even after the judge warned against it and told him that if he did not stop, he would have him removed from the courtroom. Justice Donald Marden said he would accept anything in writing from Smith through his attorneys.

“With my case, they’re telling me that my story is delusional grandiose of proceedings that happened,” Smith said. “They’re not investigating it, that it happened.”

He said that at some point in 2011, “I had a gun held against my head and was sworn to keep secret about what I am. They refused investigating any persons responsible. The whole entire group Slayer was there. I was told then that what they did was too overboard. I sent them a message on Facebook and Jeff Hanneman guitarist took his own life. He took his own life May 5.” (Information on the band’s official website says Hanneman died May 2, 2013, of alcohol-related cirrhosis.)

The judge told the long-haired, bearded Smith to sit down or be removed. Smith responded, “Then I have no fair trial."

Read more at CentralMaine.com. Check out video footage below: