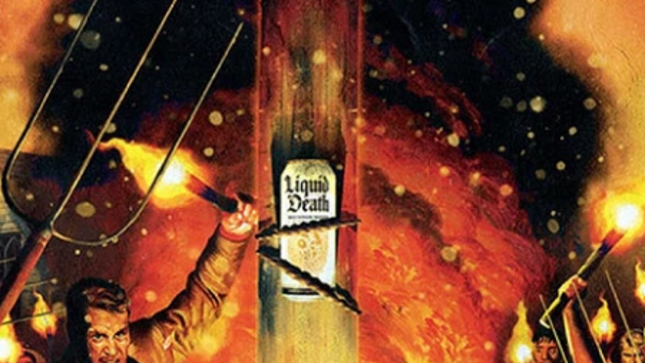 Liquid Death isn’t just a canned water brand that will ritualistically dismember your thirst and use the severed body parts of your dead thirst to make a flesh suit. It’s also an album…

The album hits all digital and streaming services today and is also available on a limited edition pressing of 12-inch vinyl via pre-order in the merch store at liquiddeath.com

About Liquid Death:  As one of the fastest-growing new beverage brands in the US, Liquid Death is the first fun, hilarious beverage focused on health and sustainability. Liquid Death takes the healthiest thing you can drink (water) and packages it into infinitely recyclable tallboy cans that can actually compete with the fun marketing of unhealthy brands across energy drinks, beer, and junk food.