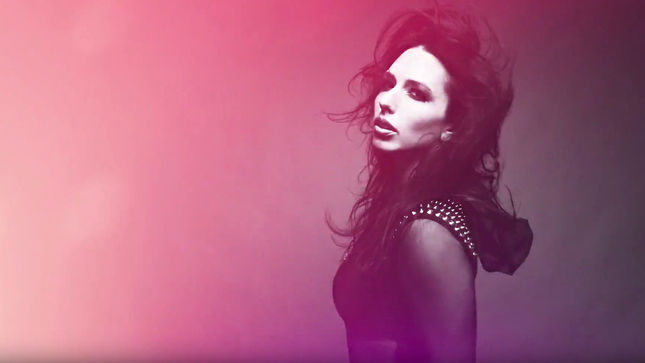 BraveWords is premiering the latest video from Madame Mayhem for the "War You Started", taken from the band's latest album, Ready For Me.

Madame Mayhem comments on the song and video: “'War You Started' is the first track on the album Ready For Me. It's also one of my favorites to kick off our sets with since it's hard hitting, high energy and gets not only the crowd moving, but us moving and excited as well.

The song was written by myself (Madame Mayhem), Corey Lowery (who also produced the album) , and Clint Lowery (Sevendust).

The 'War You Started' music video is different from my others. It's the first music video I have shot with my touring band. We had so much fun during the video shoot. We actually made the video in Atlanta right between our US and UK/Eruopean tours. The music video was directed and edited by guitarist Gogi Randhawa. It was cool to have a band member direct and be in the video at the same time. I am so happy with how it came out and thrilled that viewers can see the energy myself and the band put into performing.”

Ready For Me (via Metalville label in the UK and Europe, and HeadBall Records in the US)  features a powerhouse team of rock talent, including producer Corey Lowery (Saint Asonia), Clint Lowery (Sevendust), Troy McLawhorn (Evanescence), and both Bevan Davies and Ryan Bennett (Madame Mayhem) on drums.

Ready For Me tracklisting:

"All Around The World" video: