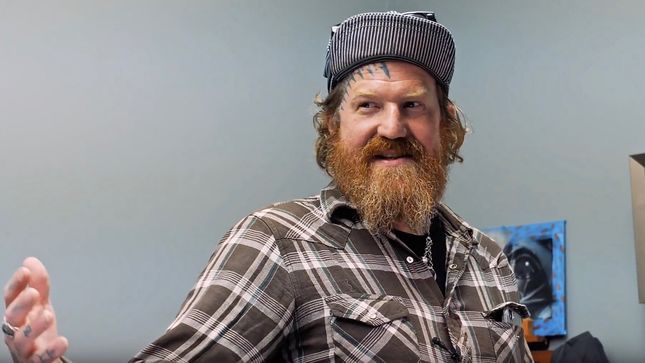 Reverb.com announces the Official Brent Hinds Reverb Shop, which will be launching next week. Filled with gear from the Mastodon guitarist and vocalist’s personal collection, many of the items on offer can be heard all over Mastodon’s discography.

"There comes a time in your life when you have to get rid of everything and for me, that time is now," Hinds said. "The music gear I’m selling in my Reverb shop is legitimate shit. All of it was heavily used - all over the world on tour, in the studio, and beyond. A lot of early Mastodon work was created on this gear."

Among the items for sale, fans will find three V-shaped guitars: a black Dean V 79 Classic (complete with its red Calzone standing case) and a 1981 cream Gibson Flying V that Hinds has toured around the world with, as well as a black 2008 Gibson Flying V ‘67 reissue used to record earlier Mastodon albums, like Crack The Skye. Another piece of gear for sale that was used on that album is a First Act Custom Shop Lola double-neck electric that Hinds helped design himself - it’s the only one of its kind in the world.

Hinds is also parting with two major pieces of Mastodon staple gear: a full-sized Hammond Colonnade church organ that can be heard on every Mastodon record before Crack The Skye and a one-of-a-kind Robert Randolph Custom Sierra 13-string pedal steel guitar. Hinds bought the pedal steel from Randolph over a decade ago and played it on Once More 'Round The Sun and Cold Dark Place.

The Official Brent Hinds Reverb Shop will launch on Thursday, August 23rd. Be sure to drop your email address in the sign-up box here to be the first to know when the shop goes live.