MEGADETH Guitarist KIKO LOUREIRO Shares New Fan Q&A - "You Should Not Try To Please Everyone; Nobody Cares" (Video) 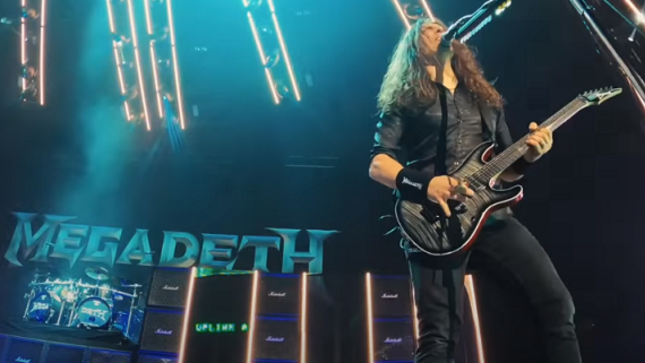 Megadeth guitarist Kiko Loureiro has checked in from the road with another fan-fuelled Q&A. Check it out below.

The Sick, The Dying… And The Dead! was released on September 2 and is the #1 Top Selling Album in the US this week with 44,781 pure album sales, debuting at #3 on the Billboard Top 200 Chart with 47,552 total units. The album is also Megadeth’s highest global charting record of all time, charting Top 10 in 13 countries around the world including #1 in Finland, #2 in Australia, Scotland & Switzerland, and #3 in the UK. 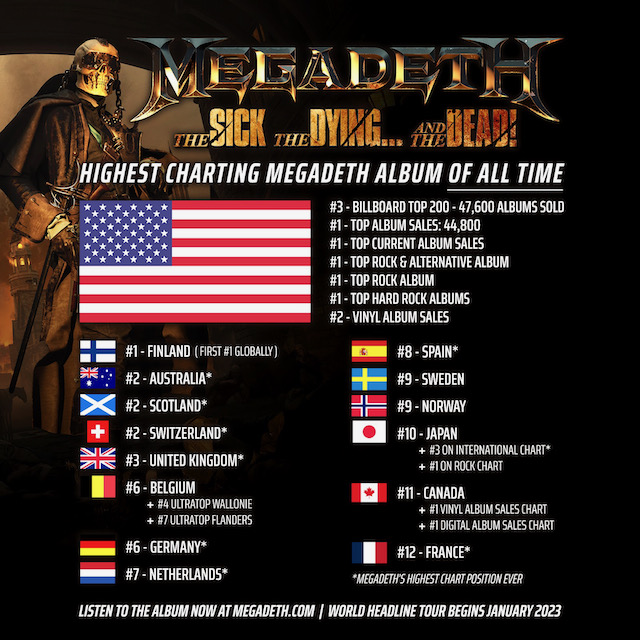 Featuring twelve new tracks, The Sick, The Dying… And The Dead! is available on CD, vinyl, and cassette, as well as digitally through all online partners and can be ordered/saved here. There is also be a limited deluxe edition 2LP, 12-track album pressed on 180g black vinyl, housed in a numbered gatefold jacket with a 12x24 lyrics/credits insert, a lenticular vinyl lithograph and a bonus 7" featuring "We’ll Be Back" and the unreleased b-side "The Conjuring" (Live). The limited deluxe edition can only be purchased via Megadeth’s official online store, through Sound Of Vinyl, and uDiscover, and can be ordered here.