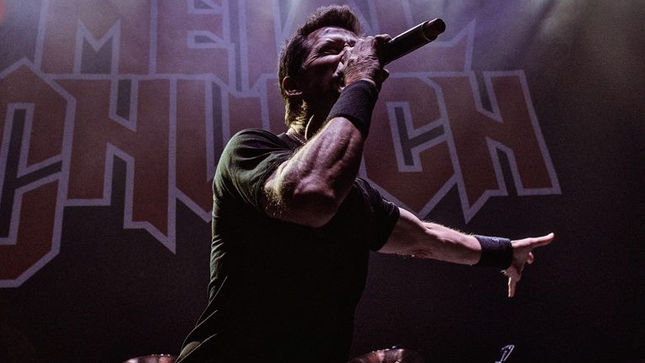 Comments guitarist Kurdt Vanderhoof; “This album not only commemorates the reunion between Mike and the band, but it also pays tribute to some of the more popular songs of that era. It’s really cool to see so many old fans and new fans of all ages enjoying these classics as we perform them live, so it only made sense to release this.”

Mike Howe adds: “It’s an honour to be back and it makes me very happy to see that almost 3 decades later, fans are still enjoying these songs!”

On the subject of the “Fake Healer” duet with Todd, Mike Howe comments, “The idea came from the owner of our label Rat Pak Records (Joe). It was his idea to record this as a duet with Todd. It’s an amazing version and I think fans will be very surprised at how good it sounds!"

Todd La Torre further comments, "Having been a fan of Metal Church since my early teens, never in my wildest dreams would I have ever imagined that the great Mike Howe would re-join the band! Getting the opportunity to record a duet to the track Fake Healer was beyond amazing!”

Metal Church Classic Live is currently available for pre-order via the Rat Pak Records website in various bundles including vinyl, signed CD’s and t-shirts and can be found at this location. 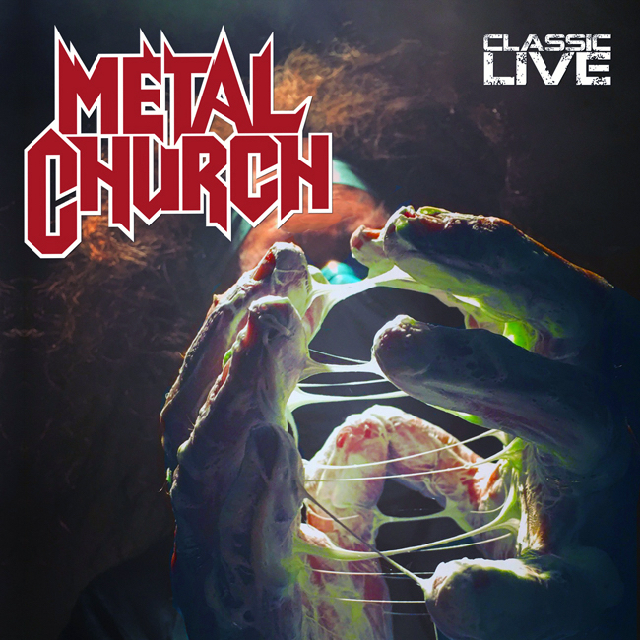 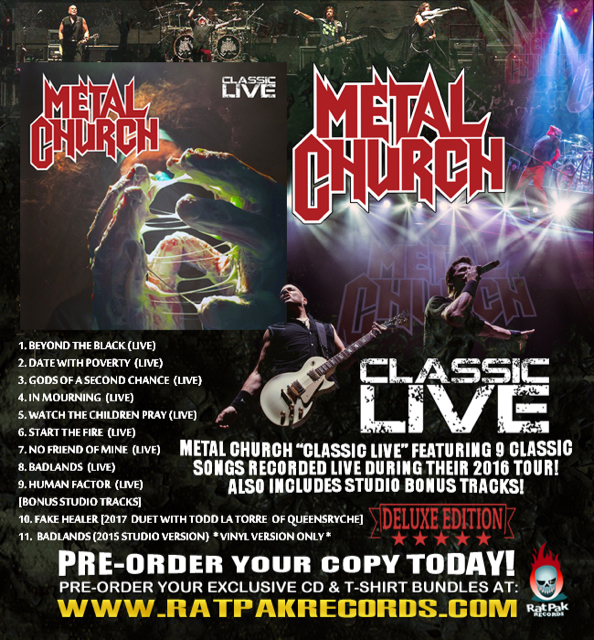 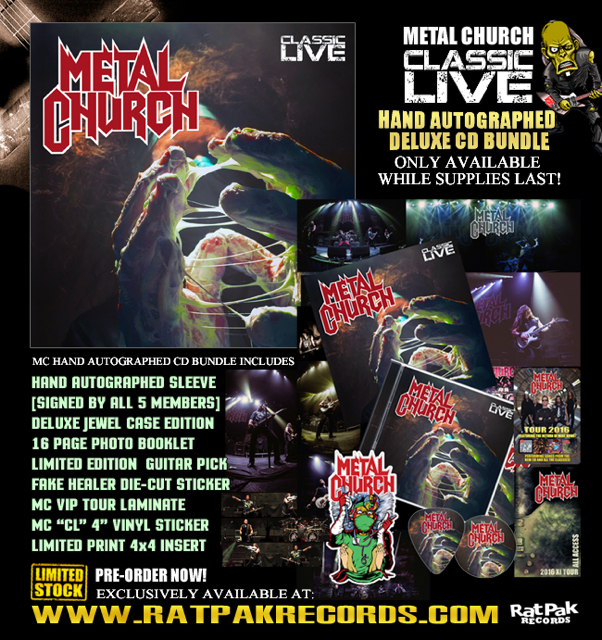