METALLICA Guitarist KIRK HAMMETT Ponders Possible Solo Album - "It’ll Be Something So Weird And Far-Ranging In Styles, But Cohesive At The Same Time" 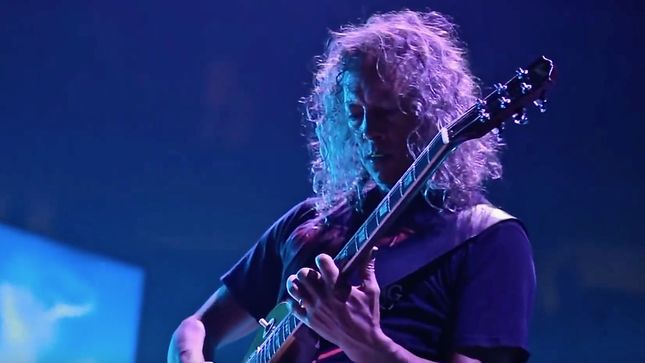 In a new interview with Metal Hammer, Metallica guitarist Kirk Hammett discusses the possibility of releasing a solo album.

“I have so much material sitting around that’s obviously not Metallica stuff, and that pile gets bigger and bigger. One of these days when it feels right…” Kirk reveals. “I still feel I have so much to give Metallica. When that feels more complete, maybe I’ll think about doing that other stuff.”

On what fans should expect from a Kirk Hammett solo release: “It would not look like a metal album at all. It’ll be something so weird and far-ranging in styles, but cohesive at the same time. I wouldn’t be surprised if all of us did some solo, independent, autonomous sort of thing. I think it’s healthy, and if anything, when you come back to the band you’d come back with more enthusiasm. It’d feel like going on a little camping trip, and it’s always good to come back home to a nice warm bed!”