METALLICA Guitarist KIRK HAMMETT Talks 30 Years Of The Black Album - "It's Something That Just Prevails; It Never Really Went Away" 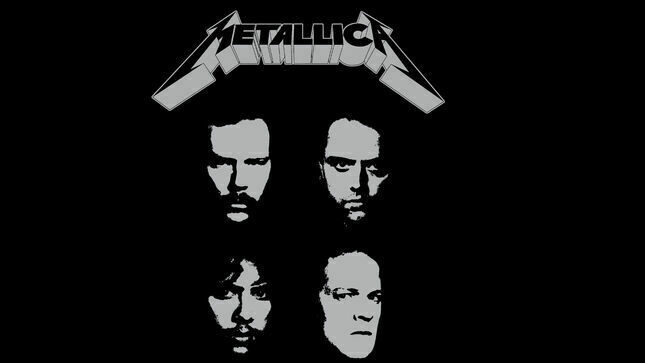 Metallica frontman James Hetfield and guitarist Kirk Hammett are featured in a new interview with Guitar World. They look back on the making of and legacy of the band's Black Album, which is celebrating its 30th Anniversary. Following is an excerpt from the chat.

Hetfield: "(Laughs)Well, because we’ve played these songs live so much, when we’re up there onstage it doesn’t seem like that long ago. But as far as talking about it or remembering things about it? It seems like a lifetime ago, for sure. I mean, we’ve gone through so many things as a band that most things seem really stretched out at this point. But the fact that the album is still relevant keeps it very present in my mind.”

Hammett: "When I think about it historically, 30 years sounds like a long time. But you know, I’m reminded of The Black Album on a regular basis. And I think that goes for the four of us. It’s something that just kind of prevails. You hear it on the radio and see it mentioned in the media, or I’ll be sitting on the beach and a car will go by and it’s cranking 'Sad But True'. The album never really went away. It’s like, our last record (Hardwired… To Self-Destruct), the cycle’s come and gone. But somehow The Black Album is still here!"

Guitar World: The oft-told story has always been that The Black Album’s tighter, more concise song arrangements and simpler riffs were a direct reaction to the extreme progressiveness of …And Justice for All. You wanted to pull back. Do you think this is accurate?

Hetfield: "It is. Justice was kind of a dead end. Ad we needed to not so much pull back, but rather to push through that dead end. And maybe get back to something. Because for me, a lot of the songs that I enjoyed covering or writing on, like, Kill ’Em All, they were a lot shorter, a little more simplistic.

And on Justice we had gone as far as we could with the complexity and with the showmanship. Then when we went out on tour and started playing those songs live, it was obvious that we lost the audience a little bit. We lost ourselves a little bit. We got a little caught up in the technicality of the playing and we couldn’t perform as much.

When you’re up there onstage, I mean, the music moves you and you want to be able to move around. And some of those parts were too difficult to do that with, at least for me they were. And I’m not the kind of musician that wants to just stand there at a microphone. I want to express the music through my body as well. So we had to ask ourselves, 'Where else can we go from here?'"