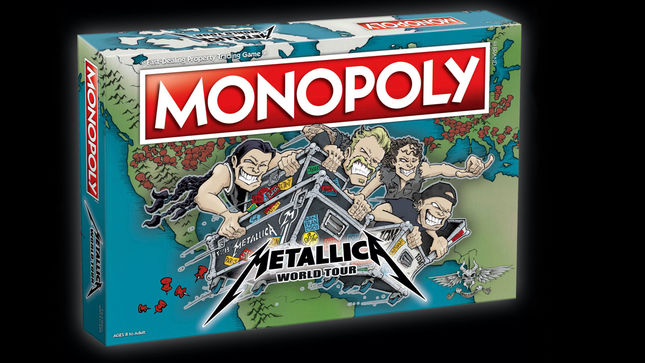 Metallica and Monopoly have collaborated once again to bring you an all-new, second edition of this American classic.

"This time we’re celebrating life on the road, including the World Record breaking, Whiplash-filled year of 2013 when Metallica became the first and only band to ever perform on all seven continents. Tour around the globe with your collectable token to some of the band’s favorite cities in North America, South America, Europe, Asia, Australia, and Africa. You’ll even find yourself Trapped Under Ice in Antarctica!"