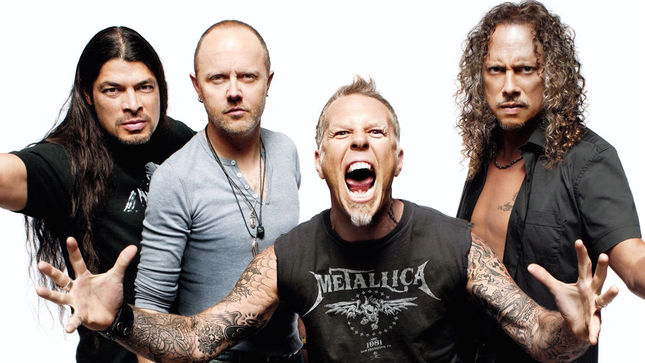 This was the 33rd year of the poll, which is Metal On Metal’s most popular and listened to program each year. Listeners were asked to nominate their top three albums of 2016. 783 votes were cast.

“Metallica was the runaway favorite this year”, says Metal On Metal host Bill Peters. “They jumped off to a fast start out of the gate and never looked back. Last year we had a neck and neck race to the finish line between Night Demon and Iron Maiden with the young California traditional metallers and Cleveland favorites edging out the veteran NWOBHM legends by a single vote. That most certainly was not the case this year.

“The Metallica guys are on vacation right now so they are unfortunately not able to comment but knowing how much they love Cleveland I am sure they are very happy and honored. Cleveland was a breakout market for them back in the early 80s thanks in large part to a fan from here named Ken Kitt who befriended and promoted the band in the underground. We were playing the demos Ken gave us on college radio long before Kill ‘Em All was even released. When they finally made it to Cleveland to play live for the first time during a blizzard in December of ‘83 the turnout and crowd response was unbelievable! Everyone was already familiar with the band and knew all the songs from hearing them on the radio for so long. Metallica were taken back by the response. They delivered an extended set consisting of every song they knew at the time. A soundboard recording of this Agora Ballroom show is available on their Metallica.com website. It was truly a night to remember! The radio I.D.’s Cliff and James made for me at the show were included on their recent Kill ‘Em All box set. It’s too bad they didn’t use the dozen or so non-FCC friendly outtakes. Those were way more entertaining!”

Metallica have now won the listener poll four times over the years, which is the most of any band. It was their first number one since 1991. They came close in 2008 with Death Magnetic but fell short to Testament’s The Formation Of Damnation. This time around it was reversed.

“There were several surprises and some albums I personally liked that didn’t make the chart but that can be expected”, says Peters. “It was great seeing albums I championed on the show by Lucifer’s Friend, High Spirits and Armored Dawn received so well by my listeners. Those were three personal favorites of mine. The Armored Dawn guys from Sao Paulo, Brazil were very excited when they heard the news they charted. I think they actually started crying. Ha! It’s really cool they are so passionate about their band and music. They’re a lot of fun. I’ve always loved promoting new unknown bands on the show. I really like those guys a lot!”

“This chart is even more special because it is voted on by the actual fans who are supporting the bands with their music and merch purchases, not some writer, label rep, music industry insider or radio DJ like me”, adds Peters. “You already know what we like. I care more about what the fans think and find a chart like this far more interesting to read. This chart is amazing! I have the best listeners in the world. Thank you to everyone who participated in the voting this year.”

WJCU's Metal On Metal can be heard every Friday night from 6:30 to 9:30 PM, EDT on 88.7 FM in the Cleveland, Ohio area or streamed worldwide at wjcu.org. 2017 marks the 35th year of Peters hosting the program, making him the world’s longest running heavy metal radio show host.