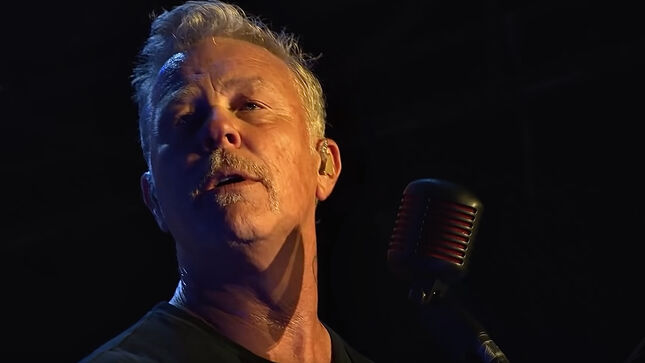 According to TMZ, Metallica frontman James Hetfield and his wife of more than two decades have filed for divorce. In fact sources told TMZ that James filed divorce docs against Francesca Hetfield in Colorado earlier this year. Hetfield married Francesca Tomasi on August 17, 1997. They have two daughters and a son together. 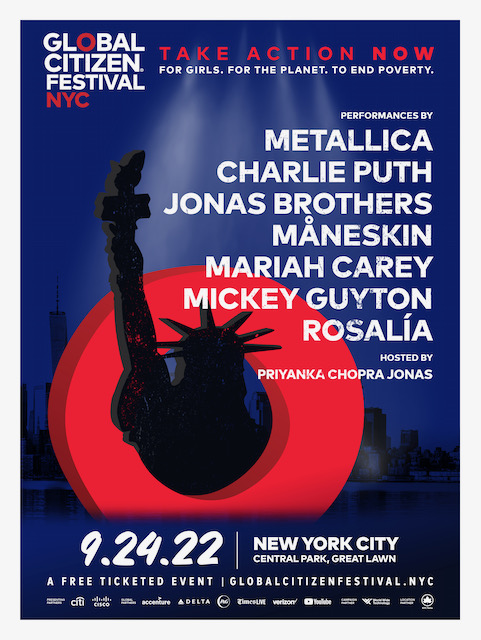 Metallica confirmed this past week that they will take part in the 10th anniversary Global Citizen Festival, taking place in New York City’s Central Park on Saturday, September 24, 2022.

Since it began lighting up Central Park’s Great Lawn in 2012, the Global Citizen Festival has become the world’s longest-running global campaign calling for an end to extreme poverty that unites millions of voices, amplified by the world’s biggest artists, demanding world leaders take action NOW.

Globally, the disproportionate impact of the Covid-19 pandemic has pushed nearly 100 million more people into extreme poverty and is reversing recent trends of shrinking inequality, leading to the loss of at least three years of progress. Without urgent action NOW this backsliding will only worsen. Russia’s invasion of Ukraine has aggravated the situation further, with as many as 323 million people now facing acute hunger, and 1.2 billion people now live in nations experiencing a perfect storm of food, energy, and financial crises. If we don’t take action NOW, as many as 200 million more people may be plunged into extreme poverty by November.

The 2022 Global Citizen Festival will call on world leaders at the United Nations General Assembly and ahead of the G20 and COP27 in November to step up and invest $600 million into the future of women and girls, close the annual $10 billion climate financing shortfall, deliver $500 million to help African farmers respond to the global food crisis, and provide urgent relief from crushing debts to End Extreme Poverty NOW.

Says Metallica: "We’re honored to announce that we’ll be a part of this year’s Global Citizen Festival in New York’s Central Park as we take the stage to close out the show on Saturday, September 24!

Since it began lighting up Central Park’s Great Lawn in 2012, the Global Citizen Festival has become the world’s longest running music festival campaigning for an end to extreme poverty and demanding that world leaders take action. Joining us that night will be Charlie Puth, Jonas Brothers, MÅNESKIN, Mariah Carey, Mickey Guyton and Rosalía, with Priyanka Chopra Jonas as the evening’s host.

We would like to invite Fifth Members to join us in the park by entering to win free tickets to the show. But don’t wait too long! The contest closes August 11, at 11:59 PM, EDT and winners will be notified the next day. You may also score free tickets to the festivals by downloading the Global Citizen app or visiting globalcitizen.org to take action on the campaign’s issues. For each action taken, users earn points that can be redeemed for tickets to the festivals. VIP tickets are also available for purchase via ticketmaster.com on Thursday, August 11, at 10 AM, ET."

Download the Global Citizen app or visit www.globalcitizen.org to take action on the campaign’s issues. For each action taken, users earn points that can be redeemed for tickets to the festivals.