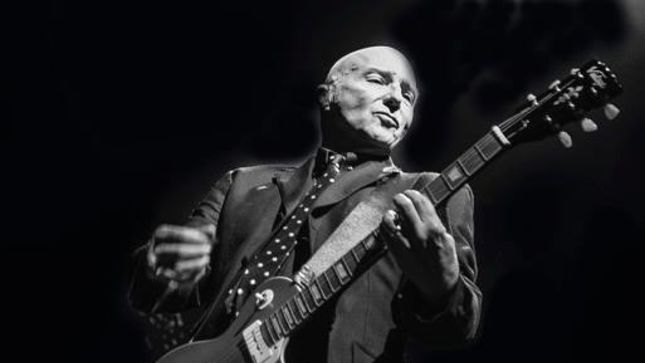 Although he’s mostly famous for fronting Ultravox and co-writing the massive charity single, “Do They Know It’s Christmas”, Midge Ure stepped in for Gary Moore in Thin Lizzy in the late ‘70s/early ‘80s. Speaking with the Irish Mirror, he recalls his relationship with Lynott and his brief stint in the band.

Midge remembers: “I was a stop gap brought in when Gary Moore didn’t turn up for a couple of shows in America. I was in the studio working on the first Visage album, I had just joined Ultravox and I got the phone call from Philip saying: ‘We’re in Arkansas, Gary is not in the band and we have three weeks to go opening up for Journey and can you come out and finish this. They were playing these huge venues and I had never been to America before.”


About the rock n’ roll lifestyle Midge adds: “Phil knew I wasn’t into drugs - I should have been more worried about alcohol because that’s the one that took its toll on me. But after the shows in America all these kids would all come backstage - it was quite an alien thing for me because it was boys and I was more used to girls coming back. But they had all sorts of stuff in their pockets - being Americans they had all kinds of drugs. Phil would see them coming to talk to me and he was like a big brother. He would walk over and put his arm round the guys and say: ‘No guys, over here’ and lead them away from me. He wouldn’t let them near me and in that respect he was like a big brother trying to protect me. It was a real moment when I realised that’s what he was doing - herding these guys away.”

Read more at the Irish Mirror.