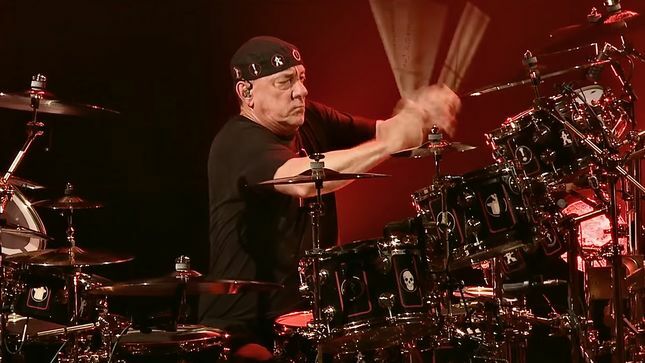 According to Loudersound.com, Solstice, The Far Meadow, 25 Yard Screamer, This Winter Machine, Rain, warmrain, The Paradox Twin, IT and Hats Off Gentlemen, It's Adequate are among the bands on the bill for a Neil Peart tribute concert, Prog For Peart, which will raise money to combat Glioblastoma Multiforme; the killer disease that claimed the life of the Rush drummer.

Prog For Peart is two concerts each featuring eight prog bands held on two days to be held at The Northcourt, a 200 capacity venue in Abingdon, Oxfordshire on Friday, July 2nd and Saturday, July 3rd starting at midday on both days and running through until midnight.

"I've been a Rush fan since the late 70s and 2112. I decided, I can't let this pass without doing something and I had already booked the Bravado lads, who are a terrific three-piece Rush tribute band, for that July so they were my first port of call and asked them how they'd feel about turning it into a charity event.

With a bit more time on my hands than I usually do, I decided to email a few of the bands I really like in the current generation of 'progsters'. Before I knew it, what was going to be three or four bands turned into a full day and the interest was still there. So, I took the gamble and here we are now with two gigs each with eight fabulous bands. Those that are busy have agreed to participate by sending something for the memorabilia auction we will have on the Saturday.Again all funds going to Headcase Cancer Trust. We've also got stalls selling records & CDs, food. There's going to be prog and rock karaoke in the lounge bar at a quid a go with that too going to Headcase and through them to NTU's research program."

Tickets are available here. More event information is available at this location. 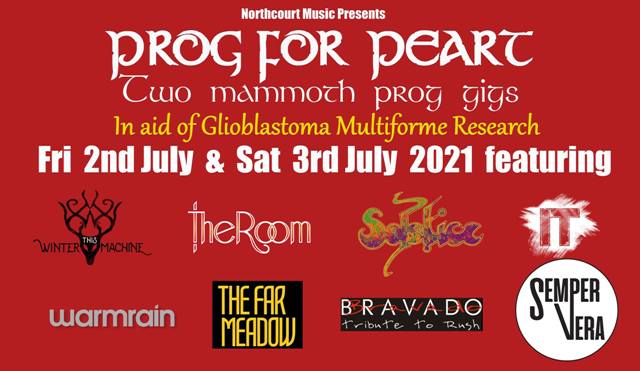 Hudson Music shared a long history with Neil, collaborating on two educational DVD/Video projects, Anatomy of a Drum Solo, and Taking Center Stage, as well as the career retrospective book, also titled Taking Center Stage. Prior to these project, Rob Wallis and Paul Siegel collaborated with Neil on the Warner Bros release, A Work in Progress.

"Integrity. That is what I would say if asked to describe Neil in a word," says Rob Wallis, owner of Hudson Music. "Luckily, during our 30-year professional and personal relationship, I was able to see how that quality ran like a steel rod through every aspect of his too-short life."

Read the rest and see some amazing photos here.

"Our relationship started, like many others, with writing a letter — yes, putting a communication in the mail. In the mid-'80s, my then-business partner Paul Siegel and I began taking turns writing to Neil several times a year, asking if he’d like to do an educational video. We would always get back a polite response telling us it was not the right time, but to 'not give up hope.' During that time, we began a relationship with a senior Rush management person, Pegi Cecconi, whose initial role, we came to see, was probably to 'feel us out.' We would occasionally meet Pegi for lunch or dinner when she was in NYC for Rush label business. And so it went for several years (probably many more than I remember)."

"While we were reaching out to Neil, Cathy Rich was also writing to him, asking if he’d perform at one of her Scholarship Concert/Tributes to her father, Buddy Rich. And after one of her many letters, he eventually said yes. He had decided that he wanted to try performing with a big band, playing the music of Buddy Rich. This took place on April 8th, 1991, at the Ritz in NYC (the old Studio 54, which became a concert hall). As word got out that Neil would be performing outside of Rush in a small venue, the excitement from the drumming community around the world was near fever pitch."