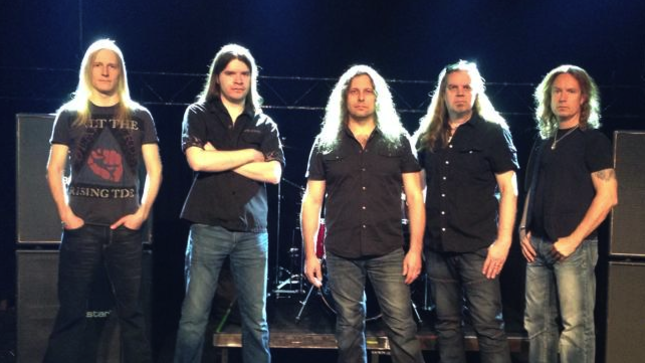 The new Finnish band No Man's Land featuring members of Thunderstone, Warmen, Kiuas and Northern Kings have released a video for their song "Shining" Check it out below.

For information and updates on No Man's Land go to this location.

Warmen recently issued issued the fourth in a series of video reports on the making of their new album, First Of The Five Elements. Check out the complete series below:

The tracks and guest musicians that appear on the album are as follows:

BraveWords scribe Mark Gromen spoke with Wirman about the new album: "The title track is an instrumental, but The Race is something I'm really looking forward to people hearing. To me, it's the best thing we've ever done. It's got Pasi Rantanen on vocals and it's a combination of old school Yngwie and Racer X, with modern power metal. It's more Yngwie than Racer X, but you know what I mean about that style. It all comes together in an awesome fucking mix. I can't wait for people to hear that song. It's amazing! When it came together (early in the writing process), we were like, 'This is something good. We've done it this time.' It has a lot to do with the vocals and the chorus, which is amazing."