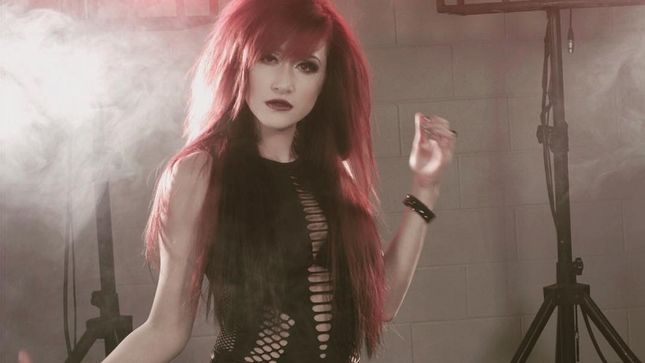 On the heels of her viral cover of Rammstein’s “Reise, Reise,” Ontario independent Gothic Symphonic artist Cecile Monique is ending the year on a high note with the release of her full-length album, Genesis.

“This album is definitely the culmination of several years’ worth of writing and planning, and I’m so thrilled to finally realize my goal of releasing a full-length album of my own original material,” says Cecile Monique of the release. “While it was extremely humbling to reach so many new listeners with my Rammstein cover this year, I still felt very strongly about ending the year with new, original music, and I really hope that Genesis will give listeners a feel for where I’m at stylistically and how my music has hopefully evolved over the years.”

The album, which was supported by the Region of Waterloo Arts Fund, was written, arranged and coproduced by Cecile Monique and features twelve original compositions in her darkly opulent signature style. The album was tracked, mixed and co-produced by Kevin Dietz (Silverchair, Stone Sour, Between the Buried and Me), who has worked with Cecile Monique on all of her previous releases to date.

Genesis, which examines themes of post-apocalyptic rebirth, loss, and survival, draws upon Cecile Monique’s classical background and interweaves operatic, choral and symphonic arrangements alongside infectious vocal hooks, hard-hitting, metal-inspired guitar riffs and ripping solos. “My hope is that this album will appeal equally to fans of rock, metal and classical music, and that the universality of the theme of the album will reach as many people as possible. This album is about new beginnings and inner strength, so I hope that it has a message that all listeners can relate to and resonate with.”

Genesis will be available on Spotify, iTunes, Google Play, and all major digital platforms on worldwide on November 2nd.

Monique will hold an album release party Saturday, November 3rd at the Starlight in Waterloo, ON. Get tickets at  this location.