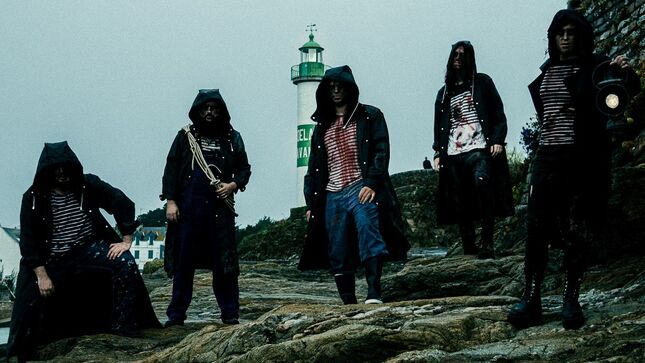 Formed in Paris in 2021, Houle is a melodic black metal band that blends razor-sharp riffs with haunting melodies.

Taking inspiration from the Ocean’s unrelenting immensity, the band depicts Mankind’s struggle against the transcendent and overwhelming forces of Nature. It is a venture where each weary traveler must overcome the chaos and the unknown in search of a tranquil destination. The band recorded their first EP in mid-2022, produced by DNI Studio. It will be released Friday, November 18 via Les Acteurs de L’Ombre Productions. Preorder on Bandcamp.