PINK FLOYD - A Foot In The Door: The Best Of Pink Floyd To Be Released For First Time On Vinyl In September 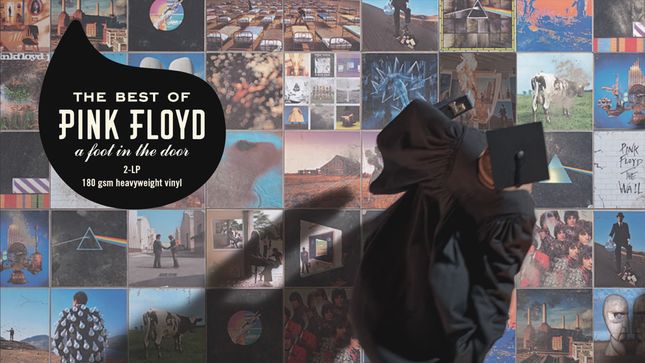 On September 28th, Pink Floyd Records will release, for the first time on vinyl,  A Foot In The Door - The Best Of Pink Floyd, a collection of classic Pink Floyd tracks, chosen by members of the band.

Originally released in 2011 on CD only, the artwork for this compilation is the last work of long-term Floyd designer, the late Storm Thorgerson. This is the perfect Pink Floyd album for both devoted fans and those discovering their music for the very first time.

The career-spanning compilation features some of the best-known album tracks from 1967 - 1994, including the band’s first UK Top 10 single "See Emily Play", and the iconic "Wish You Were Here", "Comfortably Numb", "Shine On You Crazy Diamond" and "High Hopes".

The tracks have been newly mastered for vinyl by longstanding Pink Floyd associate James Guthrie, with Joel Plante, and with lacquers cut by Bernie Grundman of Grundman Mastering in Los Angeles, California. The 2-LP version features the reinstated version of "Time", with the ringing alarm clocks at the start of the track restored, after being omitted on the CD release.

The original sleeve design, has been amended by Pink Floyd Creative Director Aubrey Powell of Hipgnosis and Peter Curzon, to include alternate versions of the photographs used in the original CD version. The album package comes in a gatefold outer sleeve, with two separate printed inner bags, and is pressed on heavyweight 180-gram vinyl.

LP1 Side A
"Hey You"
"See Emily Play"
"The Happiest Days Of Our Lives"
"Another Brick In The Wall, Part 2"
"Have A Cigar"

LP2 Side A
"Comfortably Numb"
"High Hopes"
"Learning To Fly"