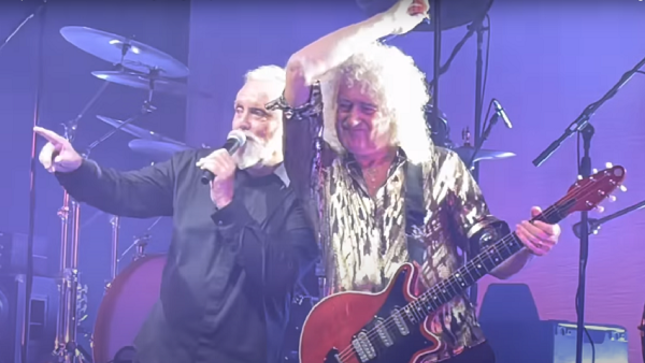 On October 22nd, Queen drummer / vocalist Roger Taylor wrapped up a 14-date UK solo headline tour at the O2 Shepherd’s Bush Empire in London. Taylor and his band performed several Queen songs during the show including "These Are the Days of Our Lives", "Under Pressure", "I'm In Love With My Car" and "Radio Gaga", but the high point came when guitarist Brian May hit the stage for a cover of Little Richard's "Tutti Frutti" and Queen's "A Kind Of Magic". Fan-filmed video is available below.