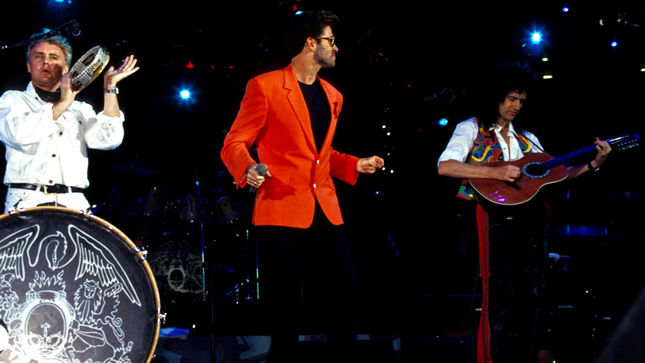 Queen guitarist Brian May has issued a statement on the passing of pop icon George Michael, who was found dead in his UK home on Christmas day, having passed away peacefully in his sleep, aged 53.

George Michael performed with the surviving members of Queen at The Freddie Mercury Tribute Concert at Wembley Stadium in April 1992, singing their classic, “Somebody To Love”. Video footage from both the performance and rehearsals can be seen below.

In tribute, Brian May states: ”I don't have the words. This year has cruelly taken so many fine people way too young. And George? That gentle boy? All that beautiful talent? Can't begin to compute this. RIP George. Sing with Freddie. And the Angels."