QUEEN - Storytelling With BRIAN MAY: "Too Much Love Will Kill You" (Video) 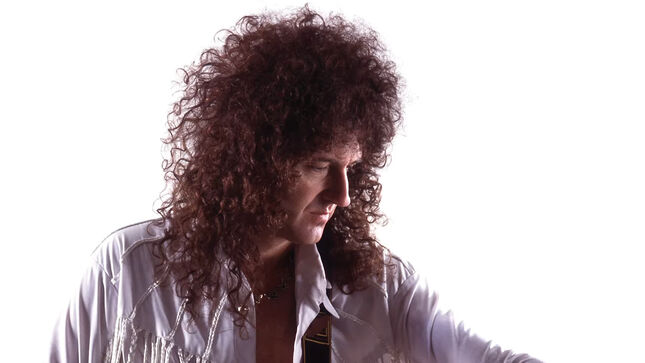 Queen guitar legend, Brian May, recently re-released his classic single and video, "Too Much Love Will Kill You", ahead of remastered Back To The Light album, out August 6.

“It’s so massive in scope, and it’s so ridiculously ambitious from the point of view of singing as well as playing, I think that’s the one I want on my tombstone really!”

Brian talks through his Back To The Light album track below:

With its vulnerable vocal, tender keys, understated acoustic guitar solo and indelible melody, “Too Much Love Will Kill You” is a standout from Brian May’s 1992 solo album, Back To The Light. May refers to it as, “in a way, the most important song I ever wrote.”

Originally emerging as a single on August 24, 1992, it earned Brian a solo hit when it reached #5 in the UK Singles Chart. Ahead of that release, a visibly moved and note-perfect May previewed it before some 72,000 fans at Wembley Stadium’s Freddie Mercury Tribute Concert in April 1992, perhaps cementing a misunderstanding about its origins.

“My excuse for singing it is, I think, it’s just the best thing I have to offer,” said May, by way of his on-stage introduction to the song. His reason for singing it was not, as was often thought, that he wrote the song about the legendary Queen singer, who had died in 1991. The song itself stretches back to 1986-7, when Brian wrote it with two friends, songwriters Elizabeth Lamers and Frank Musker. May was in Los Angeles at the time, “far away from home” and in a “tangled state of mind”, trying to find some release from a period of profound personal upheaval.

As Brian explains: “'Too Much Love Will Kill You' is a big, long story and the version that you hear on Back To The Light is the original. It has the original keyboard that I played when we were writing the song. Me and Frank Musker, and his lady friend at the time, were in a room and it was like a therapy session for me. I was just pouring out all these words because I felt like I was trapped. I was in a place that I could never, ever get out of. All I could do is write about it. This is the only song I wrote in that probably nine months or a year period.”

In writing about it, Brian laid everything on the line. “The pain will make you crazy”, he sings. And although his lyrics stem from a period in his life, it is that very specific honesty that lends them a universal power. Certainly, for Brian, the words hold their resonance years on. “The things that I struggle with are still there. ‘Too Much Love Will Kill You’ is a chronicle of what’s actually buried deepest inside me. Every word on it, as I listen to it now, every word counts for me. Every word I would still stand by. It’s exactly how I am inside. I say ‘am’ in the present tense because I’ve come to the realisation that I haven’t changed that much. It’s the one opportunity I had in my life to tell it as I saw it.  In a way, it’s the most important song I ever wrote because it does sum up life’s journey for me.”

The personal power of the song stems to a great extent from Brian’s restraint in the arrangement. As he recognized, a song so entrenched in personal suffering needed to be true to its maker’s voice, with no undue embellishments. “The version I did is anchored to the source. There’s nothing in there which doesn’t just speak about the emotion of the original writing. There’s no point in the original where the drums kick in and it becomes big. It never gets there. It’s all tentative and all quite delicate. And the raw emotion of the way I sing it is the way I feel. I wrote it, I feel it.”

And yet Brian knew and understood that listeners felt it too. Many Queen fans took it to heart as a song connected to Freddie. Meanwhile, Queen themselves took it to heart. A bigger version was recorded in 1989 with Freddie’s vocal, which would later surface on Made In Heaven, the Queen album completed after Freddie’s death and released in 1995. Released as a single the following year, Queen’s recording earned May’s tender confessional an Ivor Novello Award for Best Song Musically and Lyrically, a testimony to the abiding power of a song strong enough to grow beyond its origins and stand on its own legs.

“But if you want to hear what the song originally had poured into it, with the blood, sweat and tears of my life, then that’s this version.”

“Too Much Love Will Kill You” is available to download and stream now.

Back To The Light will be available in a Collector’s Edition box set featuring an exclusive white-vinyl LP, two CDs, a 32-page book, a 12” art print, a download card and an enamel badge all presented in a lift-lid box. A limited-edition (x1,000) of the same box-set is available exclusively on Queen Online Store with a signed 12” art print. 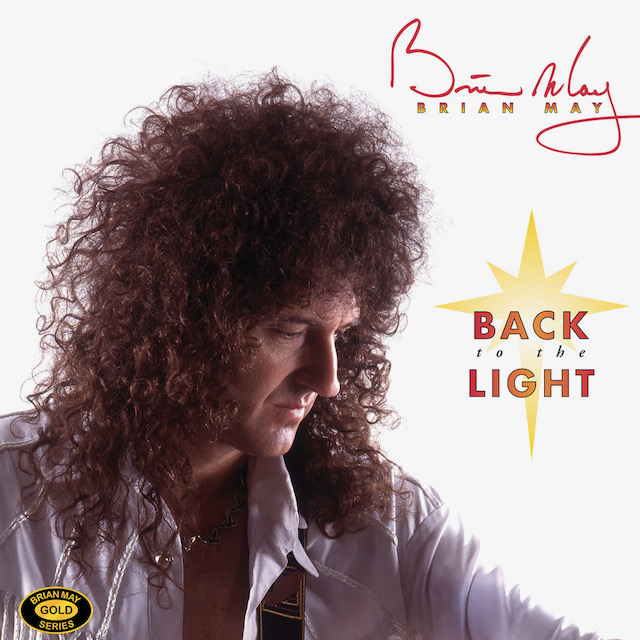 Back To The Light

- Produced by Brian May.
- Co-produced and engineered by Justin Shirley-Smith.
- All vocals, backing vocals, guitars, keyboards and anything else around – by Brian May unless otherwise stated.

Out Of The Light

- The Live tracks are played by The Brian May Band from the ‘Back To The Light’ Tour 1993.
- Brian May: Vocals/Guitar, Cozy Powell: Drums. Neil Murray: Bass, Spike Edney: Keyboards, Jamie Moses: Guitar/Vocals, Cathy Porter: Vocals, Shelley Preston: Vocals.
- “And a special thank you to Slash”.