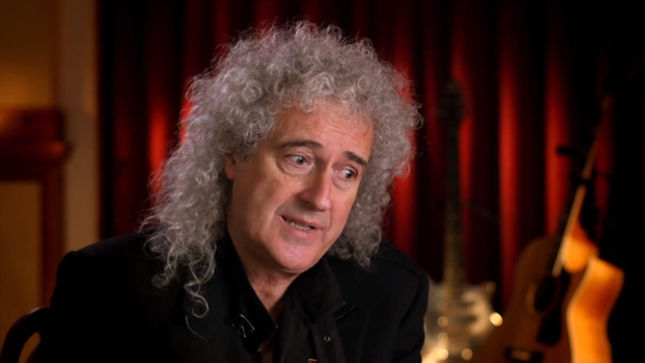 Queen’s classic hit single, “Bohemian Rhapsody” was voted the UK's favourite song from the 1970s in a recent poll and ITV programme (February 2015).

The following segment shows the unveiling of the song as the winner and features interviews with Brian May, Roger Taylor, Tony Visconti, Roy Thomas Baker and Blondie's Chris Stein.

“Bohemian Rhapsody” was written by the late Freddie Mercury for the band's 1975 studio album, A Night At The Opera. The single remained at the top of the UK Singles Chart for nine weeks and sold more than a million copies by the end of January 1976. It reached number one again in 1991 for five weeks following Mercury's death, eventually becoming the UK's third best-selling single of all time. (Wikipedia)