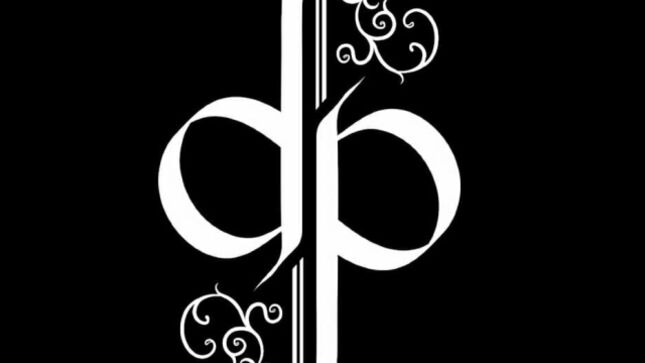 Word has come down that Chicago's Repentance, who released their debut album God For A Day in September 200, have splintered. The following statement has been issued by the band:

"Markus, Mike, Kanky and Robby are unfortunately no longer a part of Repentance. We will all continue creating music and performing together, under the name Divinity Plague.

We would have preferred to have kept certain details private amongst ourselves, but due to Shaun Glass utilizing social media and podcast platforms to spread false information and unjustly slander the members of our band, we believed it necessary to release a statement immediately.

Repentance will continue as Shaun Glass’s project, with a brand new lineup. We have ceased all ties with him since the beginning of 2021. We do not know the reason he has not made an official announcement on the social media pages. While he continues to produce merch items and promote the release and band under false pretenses, we felt it was important for the fans to know what is actually going on. We have decided to avoid any potential legal battles with him and start fresh under a brand new name and identity.

Since 2018, we have put our hearts and souls into Repentance. From our live performances to the songwriting and recording of our debut album, God FOr A Day. This decision has weighed heavy on us, but comes as a natural result of ongoing disagreements and conflicts with Shaun Glass, both from a business perspective, but also on a personal level.

Upon joining, we were all led to believe that we would function as a band. A band that makes decisions as a unit, after discussing and weighing all options. A band that gets fairly compensated for their efforts. Over the years, none of this proved to be true.

Shaun Glass essentially treated us as session players; session players that he took advantage of without any compensation whatsoever. He conducted business without consulting any of us. He signed record deals on his own, made merch items without our approval, booked gigs and gave us wrong information regarding guarantees, all so he could pocket extra money for himself. He would not be transparent about any of this and would email everyone separately with different narratives, which would then lead to many internal conflicts and disputes. Whenever someone would disagree with him, he would threaten to fire / replace that person.

We tolerated his behavior until the release of our debut album. All so that our efforts would not be in vain. We hoped the positive reaction to the record would bring some changes within the dynamics of the band. However, shortly after he rushed to sign a record deal with a new label without informing us and proceeded to write the music by himself with the help of an outside producer. He also fired our drummer Kanky and neglected to inform him that he was no longer in the band. The final straw was when he refused to openly songwrite with Markus, which led to Markus’s exit and the rest of us followed suit.

We all contributed to the music, imagery and brand that made Repentance what it is today:

- Markus came up with the name Repentance. He also found the artist that designed the album artwork.
- Markus, Kanky and Mike all contributed key musical elements to every single song on the album. Markus was the primary songwriter for tracks 'Where Vultures Gather' and 'Deliverance'.
- Robby wrote ALL the lyrics and vocal patterns on the entire album.
- Robby handled ALL the band’s merch sales at shows and our online store.
- We personally contributed in funding the recording for God For A Day.

Unfortunately, Shaun is in control of the band’s email, social media accounts and music distribution platforms. He is also the only one with access to the God For A Day masters and the band’s logo.

While this chapter has come to an end, we would like to thank everyone who has supported us and our album, God For A Day, and encourage you to keep listening to it as we are very proud of what we created together. Moving forward, we are pleased to announce the addition of guitarist Nick Shabatura and welcome him to Divinity Plague.

As you can understand, we are still in the beginning phase of bringing this new chapter to life. If you are a fan of God For A Day, then we’re certain you’ll appreciate the music that will come out of Divibity Plague.

Thank you for your ongoing support and we can’t wait to bring new music to your ears!

The band made their live stage debut by opening up for Trivium. Within their short time together the band would go on to share the stage with Devildriver, Jinjer, Skull Fist, Toxic Holocaust and Sacred Reich.

In October 2018 the band released their debut single, “Enter The Gallows" and by the end of the year, Kanky Lora, of Soulfly and Straight Line Stitch fame, would join the band on drums, thus solidifying this powerhouse lineup.

God For A Day tracklisting: