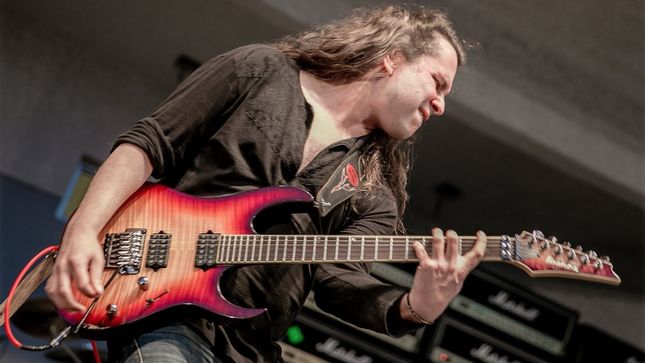 This November 2nd the Robert Rodrigo Band will release its new album, Living For Louder, featuring ten songs filled with energy and passion, and including instrumental tracks showing of the incredible musicianship this band has always brought to the stage.

Robert Rodrigo Band is: Robert Rodrigo on the guitar, side by side with his longtime companions Miguel Manjon on bass, Pako Martinez on drums, and joined by exceptional guests such as Gotxi Ibarra (Hammond) and the great Johnny Gioeli (Hardline, Axell Rudi Pell) on vocals.