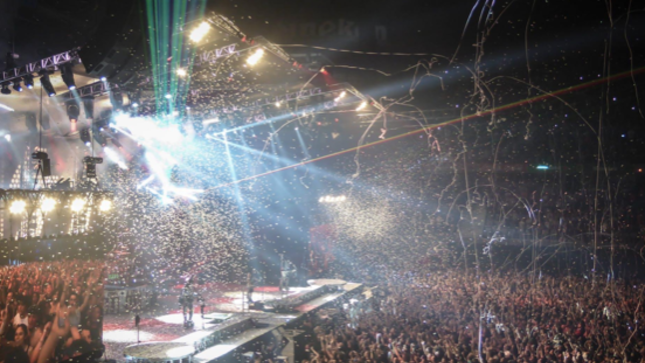 If you wanted to go to a classic rock concert, either be prepared to fork out a ton of money to do so or perhaps enjoy your favorite musical bands in rather unconventional methods, including playing games that feature them at the available casino zonder cruks site that can be visited.

Now, why are we telling you to do this? Well, according to a recent study to have been released, it has been found that classic rock is the most expensive genre to go and see live at a concert.

According to the data collected and published by FinanceBuzz, it has been found that the average ticket price for a rock concert between 2017 and 2021 came in at just under $120 ($119.14). That leads the table by almost $20, as those who wish to see their favorite pop artists would be charged approximately $100.65 per ticket to see those acts that might be making a name for themselves in the charts.

The study analyzed data from 800 of the top touring acts during the time period specified above, with some rather interesting results to have been provided throughout the findings. For instance, those that enjoyed rock and alternative artists would be able to go to a concert for a significantly lower price per ticket each, as the average price was said to be $85.94 and $63.54 respectively.

However, those who enjoy Christian music would have been singing their prayers, as they enjoy the cheapest genre to go and see be performed live. It was found that the average ticket price for an event was under $40.

Who were the most expensive artists?

Perhaps helping to bring the average price per ticket up for the classic rock concert, Bruce Springsteen held the top spot in regard to the highest price. It was found that The Boss had an average ticket price of over $500 ($508.93) because of his successful tour.

This number was almost $200 more on average than Lady Gaga, as a ticket to see the multi-award-winning singer and actress cost around $337.43 to become the most expensive pop star to see live. Metallica had the most expensive rock tickets, but they were over $100 cheaper ($230) than Lady Gaga, whereas the highest alternative average ticket price came courtesy of The Strokes, who came in at $126.70.

Rock music is still generating a lot of money

Unsurprisingly, given the fact that the average ticket price is as high as it is, classic rock remains one of the most lucrative genres of music at the moment in regard to revenue. More than $3.5 billion was said to be generated over the last five years, with pop raking in the most with $5.2 billion.

This trend continued as classic rock acts managed to make more than $35.5 million whilst per tour, whereas pop artists were able to make an average of $38.6 million with each tour they did.

With those figures, it seems rock music is here to stay, although you might want to save a little if your favorite band or artist has a tour coming up in the near future.