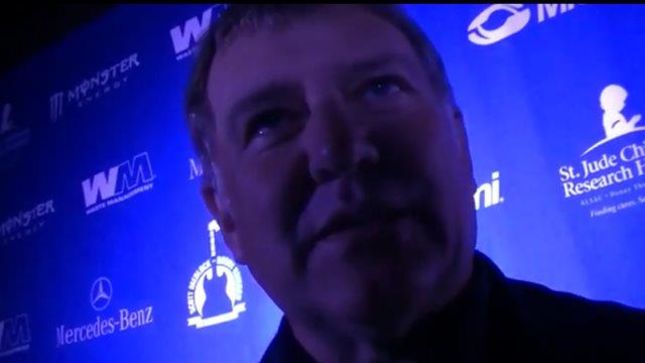 Rush guitarist Alex Lifeson was recently interviewed by Indie Power. During the brief chat he was asked what it was about the '70s that is still so powerful today over all the decades.

"I guess it was an era in music," replied the iconic Canadian musician. "And there's staying power in a lot of that music. Things were so different then. Communication is so instant now and everybody's got thousands of songs on their iPhone. It's a whole different thing. Certainly the music of that era, for the most part, is quite enduring."


On November 11th, Rush will be releasing a special R40 video box set on six Blu-ray discs or ten DVDs to celebrate their 40th anniversary. The set features live footage spanning all four decades of their career. Over two hours of unreleased material, including a rare performance of entire seven-part version of ‘2112’, three unreleased tracks from the 1974 vault plus their Rock And Roll Hall Of Fame Induction

2014 marks the 40th anniversary of the release of Rush’s eponymous debut album in 1974. This superb collector’s box set brings together live performances by Rush from each decade of their career. It includes Rush In Rio, R30, Snakes & Arrows Live, Time Machine 2011: Live In Cleveland and Clockwork Angels Tour plus a bonus disc of previously unseen and unreleased live material stretching from 1974 to 2013.

To the delight of fans, the bonus disc will include all eight songs from the Laura Secord Secondary School show in 1974 which features original drummer John Rutsey. That recording includes two Rush originals “I’ve Been Runnin;” and “The Loser”, as well as their cover of Larry William’s “Bad Boy”, made famous by The Beatles. The bonus discus also features 5 songs from songs from the Capitol Theatre in 1976 such as “Anthem” and “Lakeside Park”, the rarely performed full, 7-part version of “2112” filmed in 1997, “Lock and Key” from the Hold Your Fire tour, as well as footage from the glorious evening when Rush fans got their beloved band inducted into the Rock and Roll Hall of Fame.

Rush are renowned for the energy and excitement of their live concerts and this set brings together some of their finest performances. The 10 DVD (or 6 Blu-ray) discs are contained in a stunning 52 page hardback book measuring 305mm x 225mm with the 10 discs contained in 5 additional rigid insert pages each holding two discs. The 52 pages of the book are filled with memorabilia and photographs documenting 40 years of Rush live in concert. This is the ultimate collection of Rush live performances, beautifully presented.