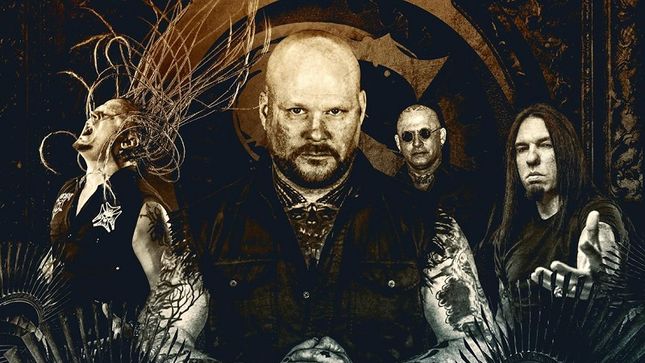 Sault was a creation formed by bassist Sean Tibbetts in 2014 and was originally going to be a solo album. The project soon morphed into Sault, a band that has created a truly unique style of music.

After looking for the right guitarist for quite some time Sean was introduced to guitarist Curtis Jay by long-time friend Bisquette Bewley while at a tattoo parlor. Curtis was asked to record on a few tracks for the Sault demo. The two instantly knew there was something special in the music they had just created and were driven to start on a journey that would soon lead to a full-length album.

Next was to find a singer that had a truly original quality in his voice and would fit the dark melodic melodies they were creating. Many talented singers were auditioned but none were quite what the two were looking for. After speaking with singer Kimberly Freeman of the band One Eyed Doll, Sean was referred to her friend Benjamin Riggs (Riggs). Sean contacted Riggs and asked if he would be interested in working on the project. Riggs wrote and recorded on the demo tracks and soon after hearing his truly unique vocal style was asked to be a member of the band.

Sean, being a member of the symphonic metal band Kamelot, asked his long-time friend and band mate, Casey Grillo, if he would be interested in recording the drum tracks on the Sault album. The two had held down the rhythm in Kamelot together for years and it was a natural fit.