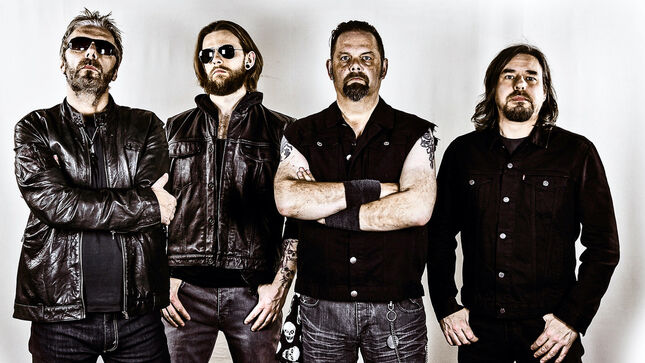 Mansfield-based metal band, Savage, whose debut album Loose ’N Lethal was one of the most critically-acclaimed releases of the New Wave Of British Heavy Metal, have been forced to cancel all planned shows for 2021.

The decision was taken after bassist/vocalist Chris Bradley suffered two major heart attacks towards the end of last year. Although Chris’s health is improving, his road to recovery has been longer than he and the rest of the band – guitarists Andy Dawson and Kristian Bradley, and drummer Mark Nelson – anticipated. Chris is still receiving hospital treatment so, for now, Savage will be off the road.

“This has been a battle for me, personally,” says Chris, “but I’m in good hands and have the support of my family and friends. I look forward to being back onstage in 2022 to rock the nations!”

The decision also affects the recording of the band’s new album, the follow-up to 2015’s 7  / Live ’N Lethal double CD, although it is hoped that as Chris gets better he will be able to return to the studio once more.

In the meantime, German reissue label High Roller Records are working on a re-release of the band’s 1983 debut. Loose ’N Lethal will be available later in the year as a double album and CD, with both formats featuring bonus tracks from the band’s early days.