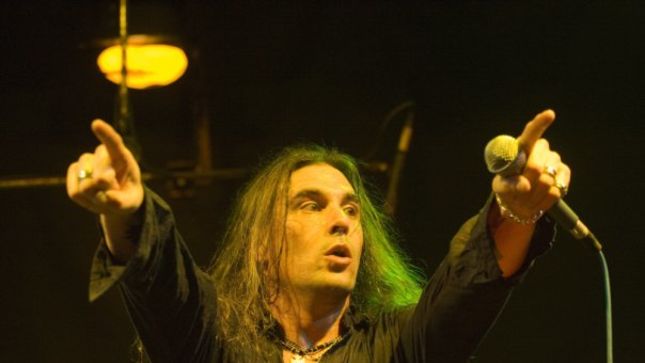 During an interview with BraveWords scribe Carl Begai about the new Circle II Circle album, Live At Wacken: Official Bootleg, vocalist Zak Stevens addressed the news that Savatage will reunite for a special show at Wacken Open Air in 2015:

"I can tell you very little, but I'm the bringer of the official word on this (laughs). It's so early in the process so there's not a lot that can be said. It's very tight-lipped right now and with good reason, and I'm sure it'll be that way throughout the process to keep a good secret. We don't know what the show is going to look like right now, which should come as no surprise; it's going to take a while to plan. But, we're all talking right now, which is beautiful and I'm very happy about that. I couldn't be more positive about it. That's been a wonderful thing for me, just touching base with the guys and spending more time on the phone with them than I have in years. That's really all I can tell you right now."

"In my opinion it's probably going to be into 2015 - hopefully not too far into the year - before we get the next big update. Obviously, the Trans-Siberian Orchestra has lots to do with their North American Christmas tour, which is literally 100 shows since they have two companies out there. Circle II Circle has a European tour coming up in October as well, so everybody involved in the Savatage reunion show has a lot going on until the new year comes. I imagine we'll move on from there, but it's been awesome so far."
"It means something to every individual guy involved in this. It's big part of us and our careers. Savatage is in our hearts and it means so much to me to be a part of it."

Watch for the complete interview with Stevens, coming soon.

Organizers for the Wacken Open Air confirmed that Savatage will reunite for the festival next year, an excluisve one-off reunion show for Europe. Guitarist Chris Caffery recently checked in with the following:

"I am extremely happy to make this post! Our friends at the Wacken festival announced that Savatage will be finally playing again! Wacken 2015! Both Savatage and the Trans-Siberian Orchestra will make an appearance. Savatage will close the festival that night following TSO's first ever European festival appearance. I have been waiting for them to announce this for a few weeks. It was hard to keep it a secret! Yes, legion, our patience has finally paid off..."