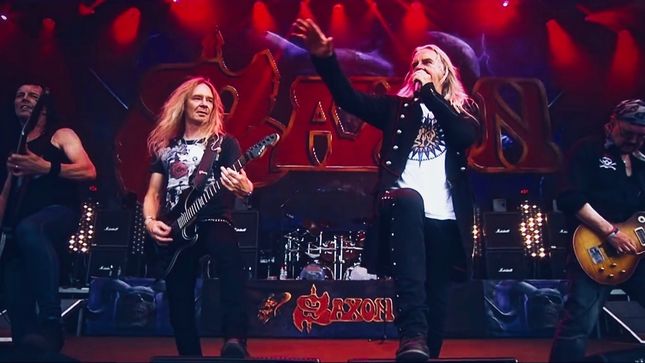 UK legends Saxon performed on February 24th at the Corn Exchange in Cambridge. Fan-filmed video is available below.

Saxon will be touring with Judas Priest and Black Star Riders across North America, beginning next month. In an interview with Dead Rhetoric, frontman Biff Byford discusses the upcoming trek. Read an excerpt below:

Dead Rhetoric: You’ll be touring with Judas Priest and Black Star Riders across North America soon. How does it feel to gain this opportunity to play for arena audiences again like you did in the 1980’s here - are you hopefully to hit multiple generations of fans, even with this being more of an older band package?

Byford: "I suppose we were out with Judas Priest and Motörhead in 2015 for a few shows in North America - we’ve done fairly good gigs with them. But there’s nothing like having a fantastic package together for the fans. You have to remember that when it comes to Saxon, the fans are the most important thing to us especially when we are touring. We just feel that this package - especially Judas Priest and Saxon - is iconic. The first tour we ever did in Europe was with Judas Priest in 1980 - so we’ve been friends with them ever since. The three bands are a great bill for the fans to see, the people seem really excited about the new album and about the tour, so we are looking forward to it."

Dead Rhetoric: Where do you see the major differences in the development of metal from the 70’s, 80’s, and 90’s to the current scene? Do you enjoy the variety and versatility?

Byford: (laughs) "The sub-genre thing split off quite early. Once the sort of grunge explosion had settled down, bands decided to split into the nu-metal thing. I still think a lot of those bands like Slipknot, Linkin Park, Pantera, a lot of those bands were still huge fans of the 1980’s anyway, the British bands like Saxon, Iron Maiden, and Motörhead. Some of the harder cult metal is a bit out there - if people like it, there will be an audience."

Saxon dates with Judas Priest and Black Star Riders are listed below.

Demon Music Group / Edsel announces the release of Saxon - The CD Hoard (Amazon Exclusive Edition), a five CD book set, showcasing four memorable tours from between 1995 and 2006, available on March 23rd. A video trailer and Amazon pre-order widget can be found below.

The front cover of the book features the beautiful painting by Saxon’s artist-in-residence, the legendary Paul Gregory. Featuring blistering live versions of all of Saxon’s classic tracks, the accompanying 24-page book is crammed with photos. This Amazon Exclusive contains four limited edition postcards. 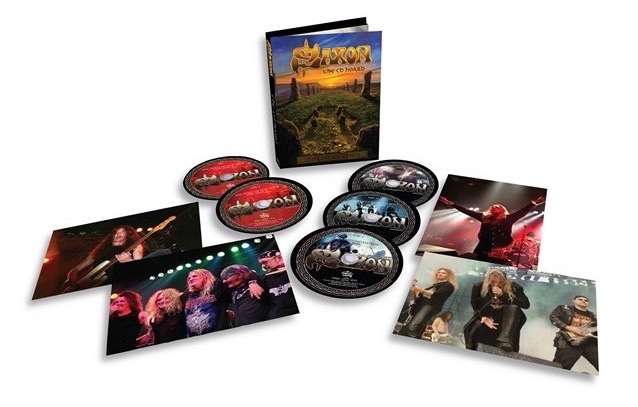 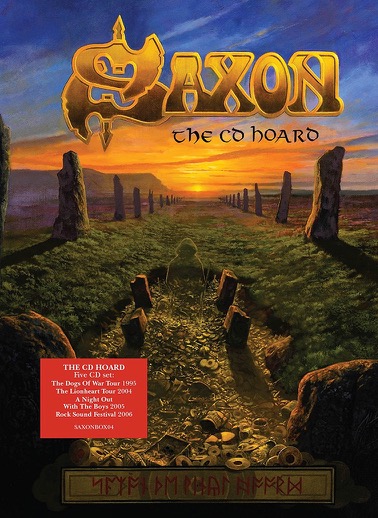