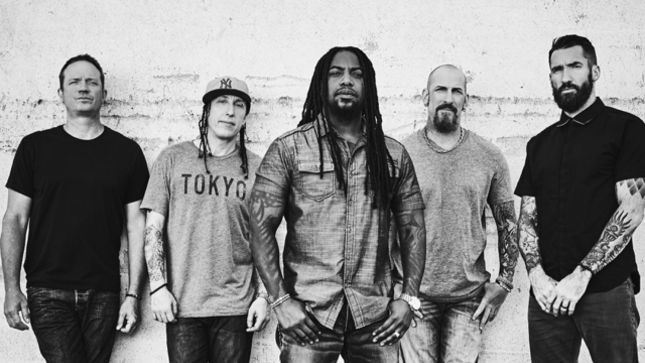 Kill The Flaw, Sevendust’s 11th studio album, is slated for release on October 2nd via 7Bros. Records with ADA/Warner Brothers Distribution. The band has uploaded the first making of video of the album and is streaming below.

Sevendust is comprised of iconic vocalist Lajon Witherspoon, the dual-guitar attack of John Connolly and Clint Lowery, and the driving rhythm section of Vince Hornsby on bass and Morgan Rose on drums. Kill The Flaw was self-produced by Sevendust and recorded at Architekt Music in Butler, New Jersey with engineer/mixer Mike Ferretti.

“We took some time off from the heavy side of Sevendust and when it came time to record some new music; Clint, John, Vinnie, Morgan and I put everything we had in to what became Kill The Flaw,” states vocalist Lajon Witherspoon. “We love this new music and we can’t wait to share it with our amazing Sevendust family! God bless y’all!!!”

The album opener and first single “Thank You” shows that Sevendust is back and better than ever. The song can be heard below. Tracks like “Death Dance”, “Cease And Desist” and “Not Today” exemplify the growth of the band as songwriters. Throughout the album, the musical development flourishes while never losing the signature sound that has garnered the band fans worldwide.

Kill The Flaw is available for digital pre-order at iTunes. Fans who order the album will receive an instant download of the first single, “Thank You”. The physical CD is available for pre-order in various bundles via Sevendust.com. 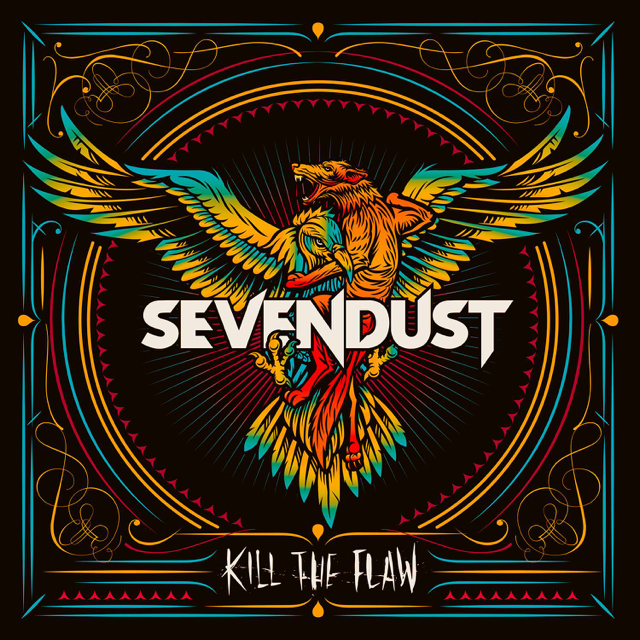 Sevendust was recently announced as direct support on the upcoming Godsmack tour. The tour kicks off on September 23rd on Detroit, MI and will run throughout October where it wraps on October 19th in Ottawa, ON. The tour will be making stops in Kansas City, Huntsville and Poughkeepsie to name a few. Sevendust is also playing at the Food Truck & Rock Carnival on September 19th in Clark, NJ; the Louder Than Life festival in Louisville, KY and the Monster Energy Aftershock Festival in Elverta, CA. They are also playing with Breaking Benjamin on September 18th in PA.

Sevendust has been known for their amazing live shows as radio personality Lou Brutus recently stated: “The next time you see Sevendust perform at a festival, don’t watch them, watch the side of the stage, because you can bet every other band on the bill will be there taking notes & wondering how they got so fucking good.”