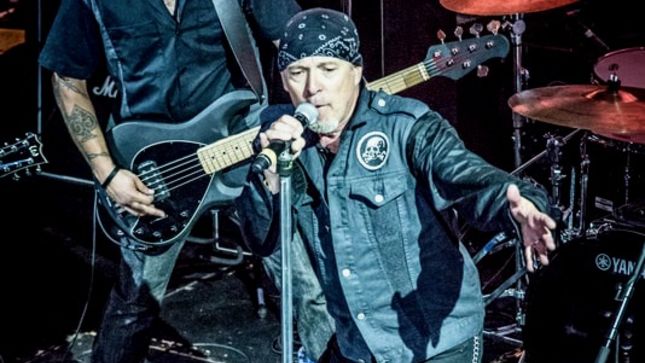 Shark Island was once the house band at the world famous Gazzaris on the Sunset Strip. Signed to Epic Records in 1989 the band released their debut album, Law Of The Order, and also saw the tracks "Dangerous" and "Father Time" featured in the movie Bill & Ted's Excellent Adventure, as well as the song "My City" from the movie Point Break.

Richard would go on to be part of the short lived supergroup Contraband which also featured Michael Schenker (Scorpions, UFO), and members of L.A. Guns, Ratt and Vixen. They released one album in 1991 before disbanding.

In 2018 the band started work on Bloodline which was recorded in Croatia and Los Angeles. It was produced by Alex Kane (Life Sex Death, Enuff Z’Nuff) and mixed by the legendary Sylvia Massy (Aerosmith, Smashing Pumpkins, Red Hot Chili Peppers). It was limited to self release before being picked up by Deko Entertainment.

Richard states, “Bloodline 2.020 is an updated version of Bloodline. Almost a year ago we released Bloodline to essentially our long time friends and followers. It sold out in no time and I am grateful for the support, also happy to have struck a chord with all, thank you. We found ourselves unable to keep up with the demand from all over the world, and partnered with Deko Entertainment to manage world distribution.”

Now Bloodline 2.020 will hit stores in November and features the unreleased extended version of “Rocks On The Rocks” and the newly recorded “Someday” which was just released. Listen to "Someday" here, and below.

Richard on ‘Someday’, “Many were surprised and taken by the dark tune ‘ON and ON’. So in an effort to complete the fatalistic muse idea, Christian Heilmann, and I wrote the companion song ’Someday’, that has been haunting me for a considerable amount of time. Although a reflection of myself, many have been brought to tears at the message it contains. It is largely for a man's point of view, but I have a feeling it can speak to women as well. As always, I pray that the work inspires.”

As part of this deluxe 2.020 version, they are making available limited edition Mega-Bundles (while supplies last), which can be ordered here.

This Bundle Includes the Following Items: