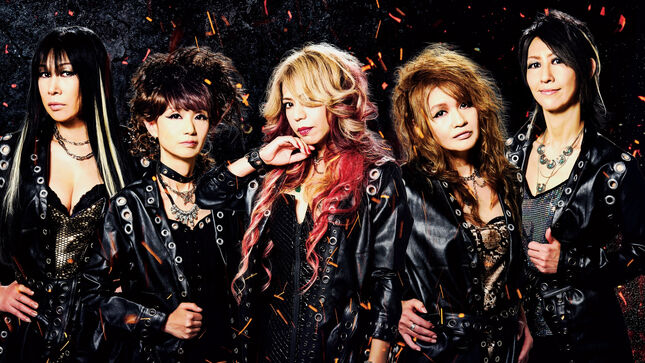 The queens of the Japanese metal scene, Show-Ya, celebrate their 35th anniversary with the release of the new studio album, Showdown, in North America and Europe on November 12 via Metalville Records.

With their nationwide hits, TV appearances and Japan's biggest female band event, which Show-Ya hosts themselves, they are one of the most well-known heavy metal acts in their home country, male or female. Many younger musicians from the Land of the Rising Sun also claim to have been strongly influenced by Show-Ya.

Commemorating their 35th anniversary, Showdown turned out to be a more-or-less back-to-the-roots album with strong heavy metal spirits. The album was produced by Nozomu Wakai, who has been working with Alcatrazz, Ronnie Romero (Rainbow) and Tommy Aldridge in his own band, Destinia. Mastering was done by Jacob Hansen.

The legendary German singer Doro Pesch sang on "Heavy Metal Feminity", a song about women's liberty. Indeed, the album is filled with powerful heavy metal backed up by their long career.